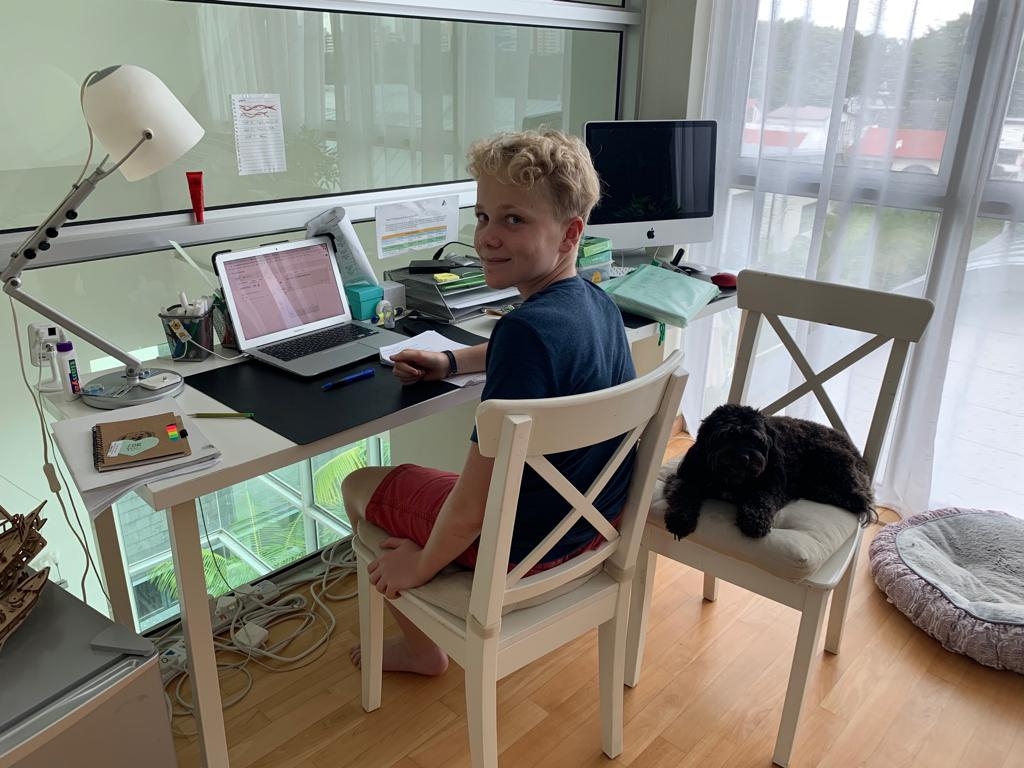 Meet Quinten – a Saturday Kids alumnus who inspires our team not just with the inventive projects he’s built with code, but with his sense of social responsibility and resilience.

That’s Quinten all the way on the left, celebrating the last day of class at Code in the Community with his team!

Just 12 years old, Quinten has big dreams of using his coding superpowers to give back, and has already started to do so by volunteering as a teaching assistant for Code in the Community which brings free coding classes to kids from lower-income families.

But enough from us – let’s hear from him!

Hey Quinten! How did you get started with coding?

“I love playing video games, as most kids my age do. But beyond that I really wanted to figure out how they were developed and engineered, so then I started getting into coding.”

What does coding mean to you?

“Telling your computer to do certain things… I’d say coding is using logic to create something that works – stuff that people can use – on multiple devices.

There’s no point in creating something that no one will enjoy using.”

Can you tell us about a coding project that you enjoyed creating?

“I made my sister this music player thing  on Scratch because she wanted to listen to music and we didn’t have Spotify, so I got a few songs and put them onto Scratch. Unfortunately there was a song upload limit!”

How do you deal with problems that crop up when you’re coding?

“I try to stop and think of what I did wrong. But sometimes if it’s a really big problem, I have a small mental breakdown. If it’s a type error then I look it up and try to find out what’s wrong, and sometimes I just have to re-write the whole thing because of that single error. “

If you could invent anything in the world with your coding superpowers, what would it be?

“I’d invent a cheaper cochlear implant, for people who are deaf like me, but under-privileged.

The problem is that people who are under-privileged don’t have the ability to afford a device like the cochlear implant which is very expensive, so they might need to go for cheaper options that don’t work as well. So I’d like to create a cheap option that works just as well as the expensive option.

It’s a very big step, and will take some time, but maybe I could be the first.”

If you could set 1 rule for people all over the world, what would it be? 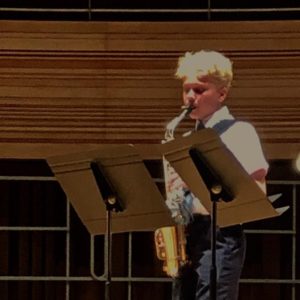 Quinten and two of his favourite things: music and his puppy!

“You’re not allowed to give up.

If you’re stuck on something, just shut down your computer and don’t look at it for the rest of the day. Have a good sleep, then open it again. Calm down, research your problem, and once it’s solved, relish the satisfaction of having solved it by yourself and the fact that you didn’t give up. Even if it wasn’t what you expected, it still works. Anything that works, works – that’s the first step. And then you improve it.

There’s no such thing as the best, only better.”

Do you have any advice for kids who want to start coding?

“Start with Scratch! Don’t try to jump straight to the complicated stuff. Once you’re confident with Scratch, create custom blocks, incorporate scripts in Scratch and then move on. Once you get the hang of the complexity of Scratch, then it gets easier to pick up other things.

Oh, and be logical! Think out of the box. Think what would happen if I did this or that? What’s the possible outcome? Think through your options before you start coding.”

At Saturday Kids, our students don’t just learn to code. They code to learn. If you have a story to share about your kid’s experience with us, we’d love to hear from you! Please get in touch at [email protected]