At the end of the day, all we want is for kids to use their gifts and the tools at their disposal to make the world a better place. And beyond developing their innate talent and potential, perhaps a core ingredient is exposing kids to the world beyond themselves and cultivating their innate capacity for empathy.

As an organisation, we’re not there yet and taking just baby steps as we go, but we’re excited to learn from folks who do – people like Rachel Nadia who started Kin Collective, a purpose-driven project to cultivate kindness and empathy in kids through children’s storybooks inspired by kids she met during the course of her humanitarian work.

In this chat, Rachel – who’s spent a decade working in the field of international development – shares how her experiences inspired her mission to bridge needs in the world, and how she hopes to use stories to create ripples to spark change, starting from kids and families.

Hi Rachel! You’ve done a lot of work with kids in the humanitarian field and now you also write books that develop kids’ empathy and compassion. What pulls it all together for you?

“I see myself as a bridge between people whose stories go untold and whose needs go unseen and unmet, and people who are willing to help but who perhaps aren’t quite sure where to begin.

That frames the work I’ve done over the years – I don’t have much money of my own to give; but because of what I’ve seen and what I’ve heard, what I do have are experiences to share.”

Your goal is to help raise kids who are kind and compassionate. Why choose stories as your medium?

“Because of my job I typically travel a lot, and that’s how I met the kids who inspired these stories.

Every time I’d come back to Singapore, people would say things like, ‘you should tell more people about your experiences then maybe more people will care’, or ‘I wish you would tell my kids this so they’ll learn how to be more grateful‘.

There are only so many people I can meet, so I thought why not write?”

What about these stories inspires you to share them more widely?

“One of the stories is inspired by a little girl I met in the aftermath of Typhoon Mangkut in the Philippines: the typhoon wrecked acres of cornfields, so everything further down the supply chain got disrupted and families had nothing to go on. It also ruined all the houses, except those made of brick.

This girl I met was crying because she had saved up her whole life with her parents to buy a brick house – they had just started building, and now they’d lost everything and gotten further into debt. She stood at the window of her neighbour’s house and watched her house literally fly away. Can you imagine that sense of loss at the age of 12?

It’s so unjust, and for kids at the heart of disasters and impoverishment, it complicates everything even further. From there you start to explore what else they go through emotionally as well.

Kids like her didn’t see themselves as victims, they saw themselves as survivors. The story is as much about resilience as destruction; about the human spirit as much as it is about loss.

Another story closer to home, Hannah Learns About Love is about a girl I know whose parents are absent in her life and who grew up with her grandparents in a low-income household in a small flat. Her grandfather was a taxi driver, and even when he was quite seriously ill, he continued to work so he could afford to buy milk powder.

Because she couldn’t have birthday parties and she couldn’t buy a skate scooter, her friends told her she was poor.

How do you explain to a child what the most important things are?

My hope is that when she grows up, she realises she has more than any of us. There are kids who seem to have everything – but maybe their family isn’t close, maybe no one’s fighting for them, maybe they don’t get to see the sacrifices and the things that come to them never feel as valuable.

But when she was gifted a bicycle for her birthday, it meant the world to her.”

Let’s talk about the path you chose and what led you in that direction. Before turning 20, you founded Barré – a non-profit breaking the cycle of poverty through education for ethnic minority kids in the highlands of Central Vietnam – and you’ve been working full-time in humanitarian organisations ever since. How did you know what you wanted to do?

“At the very heart of it, it’s something I believe in.

When you see poverty and brokenness for the first time, it changes you fundamentally – you can choose if you want to walk away from it and detach yourself, or let it spur you to do more and be more. 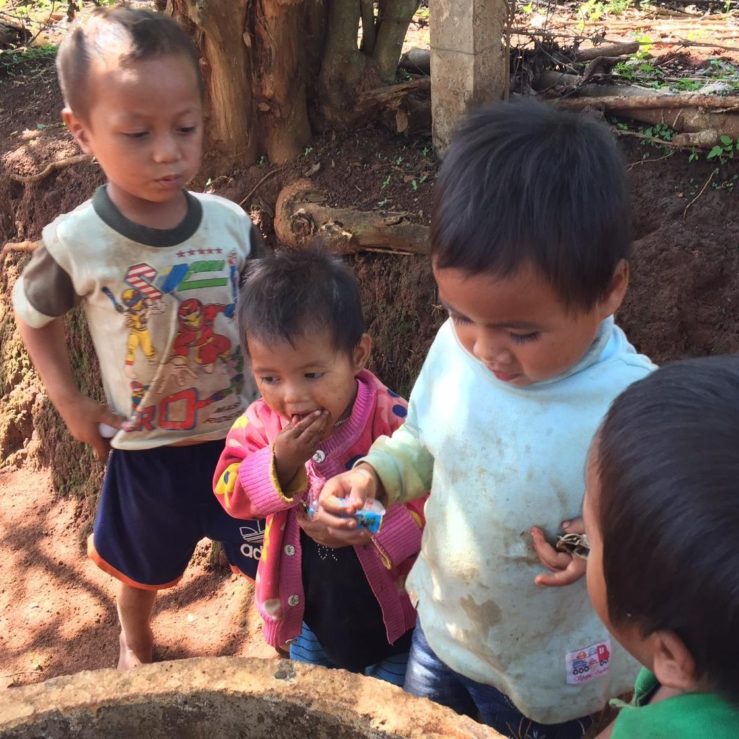 When I was 15, I volunteered at an orphanage in Thailand and spent a week with an orphan born in a brothel shelter. I looked at the baby, and just thought, it’s not fair. There were about 20 babies and just two nannies, and I felt for the babies and kids who were forgotten – there’s something about it that breaks my heart.

Then when I turned 21, I went to Calcutta to volunteer in the slums with the dying, as well as disabled, abandoned children.

At the home for the disabled children, what they needed was for someone to do the laundry – by hand, on the roof, in the hot, baking, Indian sun. It was the least glamorous thing to do.

I was so tired and frustrated that on the third day, I told myself that I hadn’t come all the way to India to do laundry. I asked them if there’s anything else they needed my help with, and they looked at me very sincerely and said no – this is really what we need you to do.

I realised then that because the kids were all in nappies – they didn’t have disposable diapers – and the severely disabled kids couldn’t help themselves, washing the clothes was even more important.

It was a turning point for me: from then on I understood that if you say that you want to serve, then serve – whatever that means.”

It can be particularly daunting to teach kids about complicated and sensitive subjects. What suggestions do you have for parents who want their kids to grow up aware of the world’s complexities and the suffering that’s out there, but who might not know where to start?

“Stories are a good place to start – kids are going to approach stories as fiction, even if parents know they’re real. That’s why in the Kin Collective books, there are questions for families at the back to bring the themes of the story home and push readers to action. 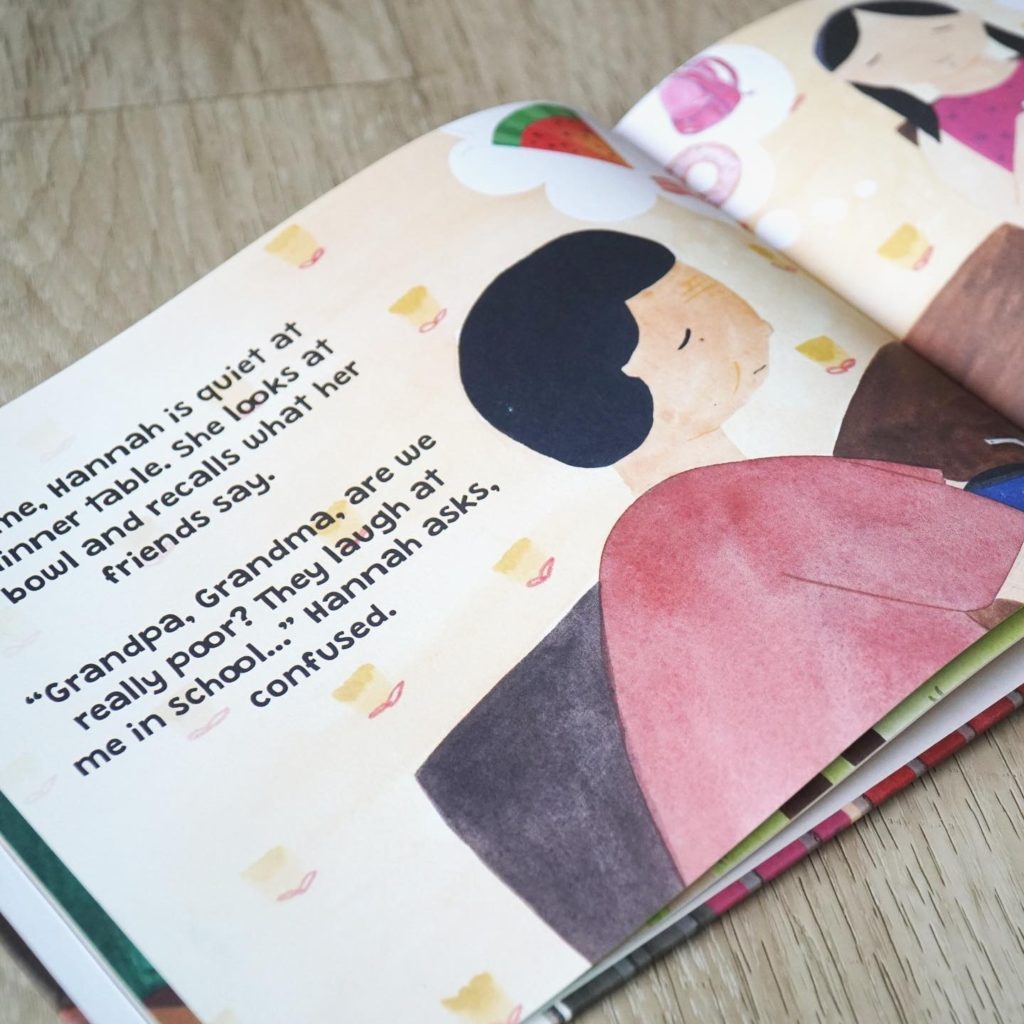 It doesn’t have to mean going out there – it could be making things better for your neighbour; it could simply be being more considerate, being kinder… and we could do with  a whole lot more of that.

Ultimately, stories can be the medium by which kids can engage with the experiences that other kids go through, by which they can engage with difficult themes as a family, and ask hard questions that are important for life.

It’s not enough for kids to just feel lucky and fortunate for what they have – we want them to recognise how they’re privileged and figure out what they can do to pay it forward.”

After all you’ve seen, what keeps you going, and what makes you hopeful?

“What keeps me going is what got me started.

The second trip I took to Ethiopia I felt really empty: the first time, I’d met an orphan born with HIV Aids, he was 17 and looked like a skeleton. His primary caretaker was his neighbour who dropped out of school to take care of him – she said that she could always go back to school later, but right now this boy didn’t have anyone else. 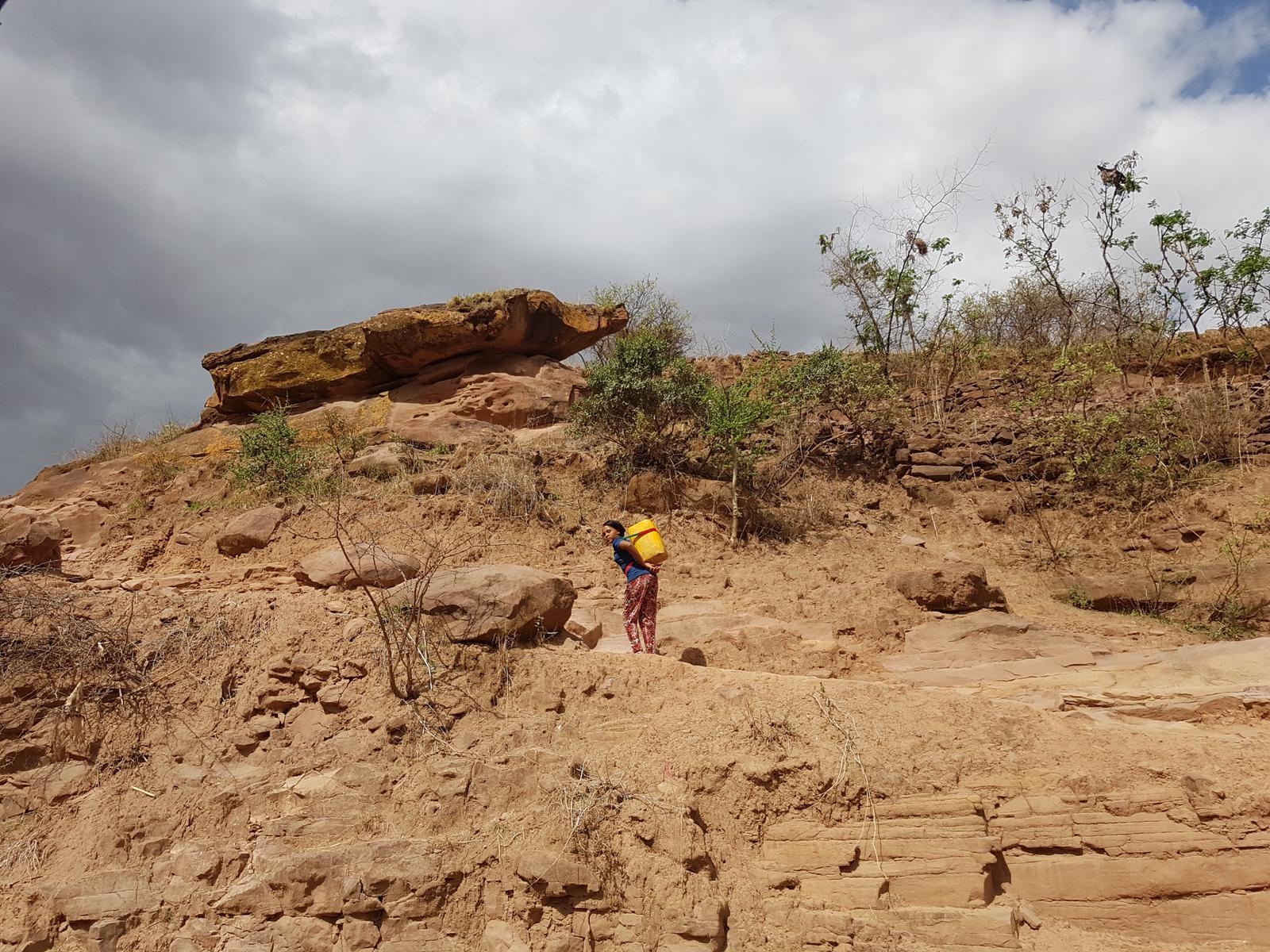 2 years later I went back to the village to see him, and my colleague told me he’d just passed away. I felt empty and heartbroken, but that’s also when I realised it’s when you’re that empty that you’re fuller; when I’m broken is when I find purpose.

What makes me hopeful is people. I still believe in the best of people. I believe that ultimately, we all have love. I hope in that.”

Rachel Nadia Goh is the founder of Kin Collective, a project using stories that nurture empathy in kids and develop them as change-makers. Check out the first 3 books published by Kin Collective here, and use the promo code SATKIDS15 to take 15% off your order.

How we designed Code Meets World collaboratively and completely remotely

The Push for Digital Literacy: Pursue Creativity, not Competition