Welcome to our 2020 Impact Report!

The future belongs to kids.

We develop forward- looking coding curricula that inspire and enable kids to use technology to shape a better future for themselves and others.

Learning how to learn

We design engaging, play-based learning experiences, in a safe space where making mistakes is part of the learning process.

Leaving no child behind

By working with partners and sponsors, we provide foundational coding education that aims to leave no child behind.

Similarly as we move into an increasingly digital reality, we must learn not just how to use programs, but how to make them. 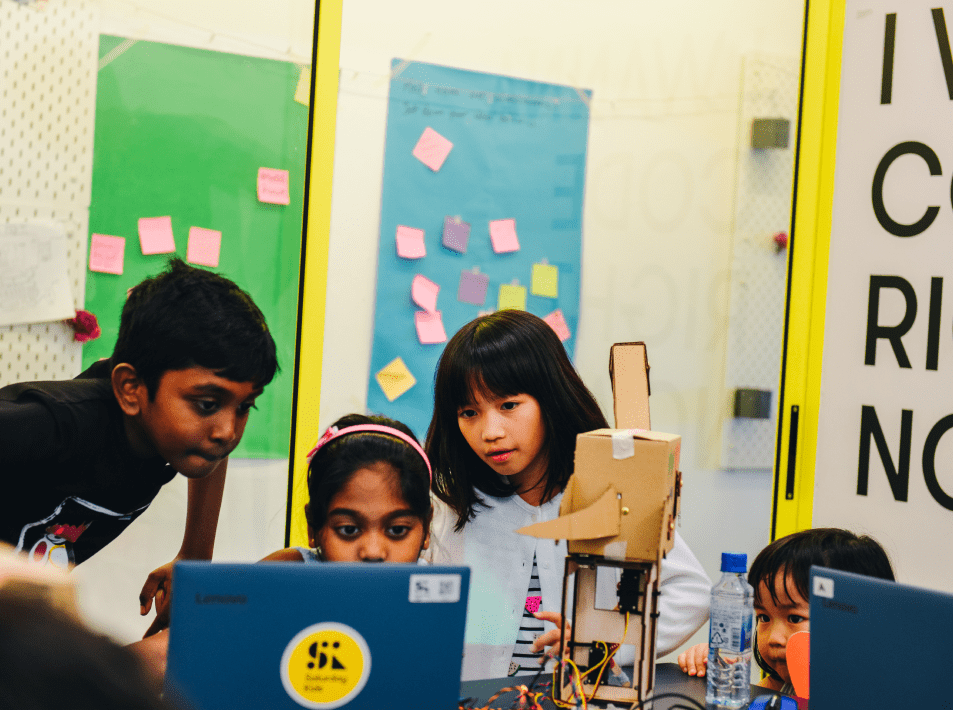 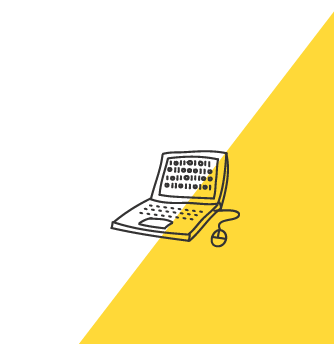 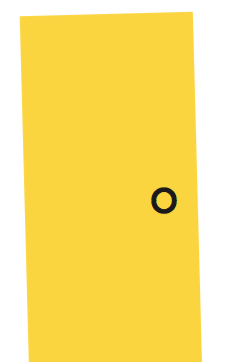 In many parts of the world, digital literacy isn’t considered fundamental or essential. But in a VUCA (volatile, uncertain, chaotic, ambiguous) world, we believe it could be just what kids need to realise and leverage the possibilities of the future.

Inclusion in a digital future

Programming is a technical skill that spans culture and language. Digitally literate kids are poised to seize roles in the fastest growing industries, make informed decisions and claim their seat at the table as creators and decision makers.

Learning to code can help kids develop key transferable skills like problem-solving, social-emotional competencies and more. Done right, when kids learn to code, they can learn so much more in the process.

The tech industry has a diversity problem – skewed representation has already led to problematic outcomes. Investing in access to tech for kids from under-represented backgrounds – is the best insurance for better tech, and a better future.

What holds kids back?

The world is changing, and too many kids are being left behind due to structural inequalities.

Through code, we aim to create opportunities for every kid on the wrong side of these divides. 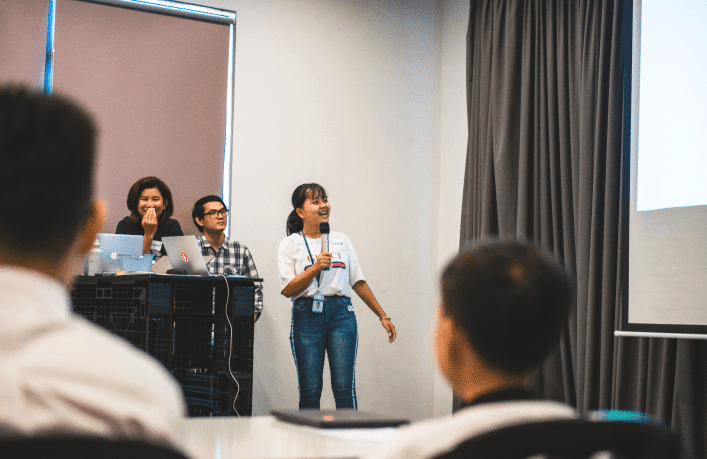 Globally, less than 20% of tech leadership are women. At the world’s most well-known tech companies, staff who identify as male make up the vast majority. And in the world’s least developed countries, women are 52% less likely to be online than men.

3.7 billion people globally lack internet access, most of whom live in lower-income countries. But even in Singapore, fewer than half of households living in 1-2 room HDB flats have internet access and own personal computers. 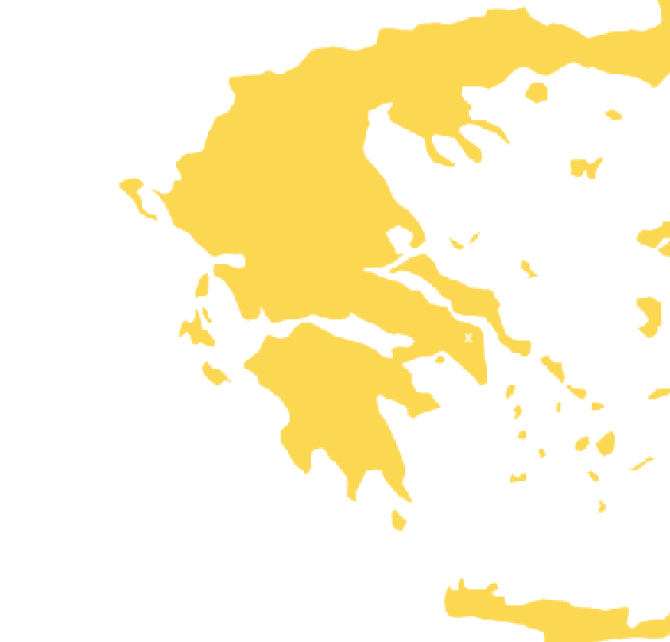 Just 40km from the city of Athens in Greece, Malakasa refugee camp hosts over 2500 refugees, most of whom are Afghan and arrived in Greece by boat via the East Thrace sea.

39% of the camp’s residents are children.

Children who live in refugee camps rarely have access to digital education, or to any form of education at all.

I believe digital literacy can help them access digital learning spaces, regardless of age, gender, religion, or social class. With a simple smart phone and internet access, digital education brings some equality and accessibility to children living in refugee camps.

Digital literacy is a fundamental skill in these changing times. We hope that by introducing the first step of digital literacy to our students, they can explore the world of possibilities of a self-sustaining learning practice 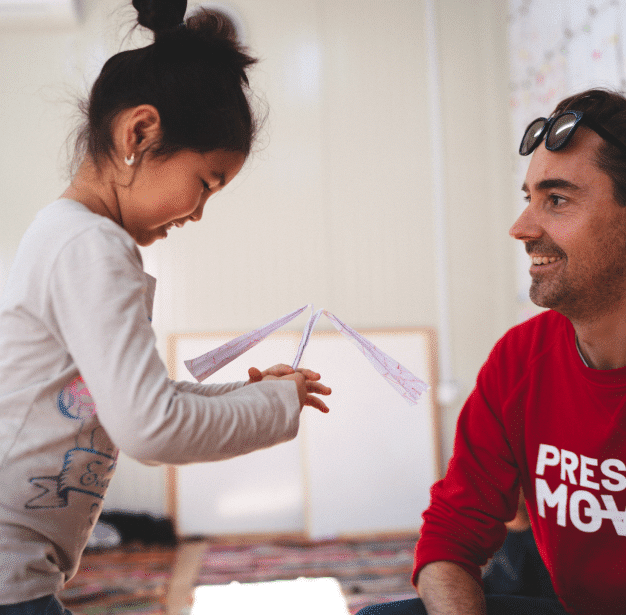 Part 2:
Our Model for Change 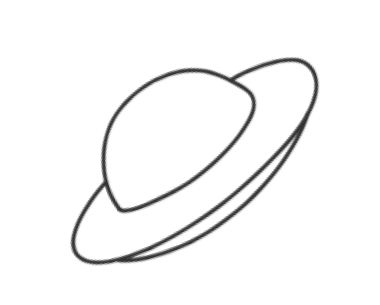 We’re working towards a world where no child is left behind from purposefully applying the potential of technology.

Our Model for Change

Though our education system has its merits, there remains a significant disparity in opportunity for education.

We need to give kids opportunities to realise their potential and discover new pathways they wouldn’t otherwise have been exposed to.

- Olivia,
Code in the Community volunteer 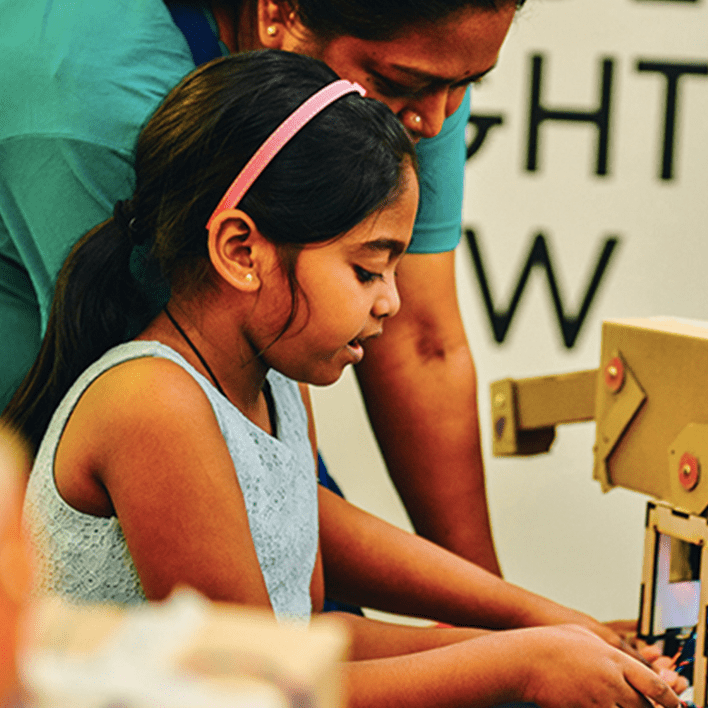 Leaving no child behind.

Case studies from 8 years at the intersection of tech, education, kids and impact.

Code in the Community

Saturday Kids is the programme manager for Code in the Community, Singapore’s largest free digital literacy initiative for kids from disadvantaged backgrounds, supported by Google and the Infocomm Media Development Authority of Singapore.

In Singapore, private coding classes typically cost more than S$30 an hour, and the benefits of a comprehensive digital literacy education are limited to kids with greater financial means.

Through Code in the Community, we’re bringing together stakeholders across public and private sectors to run free multi-level coding classes for kids from disadvantaged backgrounds.

By training volunteers to deliver up to 64 hours of a multi-level curriculum for kids ages 8-16 with a low student to instructor ratio, we’re creating creators of technology, one child at a time. 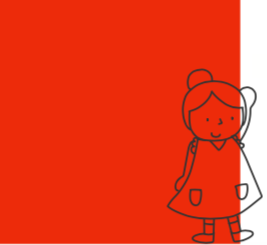 describe the course as fun 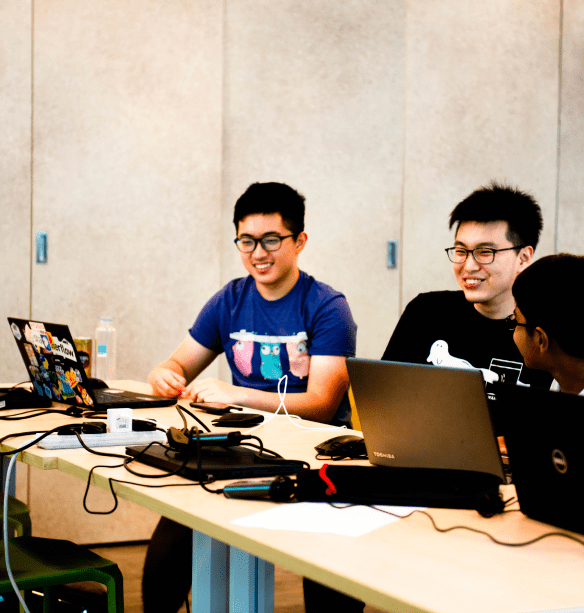 Over 200 kids from disadvantaged backgrounds have continued their tech learning journeys with us after graduation through our Pay it Forward fund, which enables kids from disadvantaged backgrounds to participate in Saturday Kids’ coding camps, and through CITCx Holiday Scholarships that aim to expose them to broader, continued learning opportunities in STEM.

This is all possible thanks to donations from individuals and corporates including Monk’s Hill Ventures and Skyscanner.

Read more on our blog

With Raintree Cambodia, we piloted early-stage digital literacy to inspire the next generation of technical creators for Cambodia’s growing digital economy.

Recent research has identified a pressing need for technical skills at all levels to meet the demands of Cambodia’s fast-growing economy.

With grants from USAID and Cambodian telco Smart Axiata, Coding Cats was designed to enable kids to develop technical skills for the digital economy, while cultivating competencies traditionally overlooked in the mainstream education system, such as problem-solving, creativity, confidence, resourcefulness, and communication.

As part of our pilot, we identified and trained 35 young Cambodian instructors to deliver a localised 16 hour Scratch curriculum to 200 students in Phnom Penh, aged 7-16, from a mix of public and private schools and representing an even balance of genders.

Check out our pilot outcomes.

described themselves curious about how things work

agreed that the process of learning is enjoyable

In addition, a team of instructors voluntarily translated the Scratch platform into Khmer - effectively lowering barriers to learning to code for kids all over Cambodia who are primarily fluent in the Khmer language. 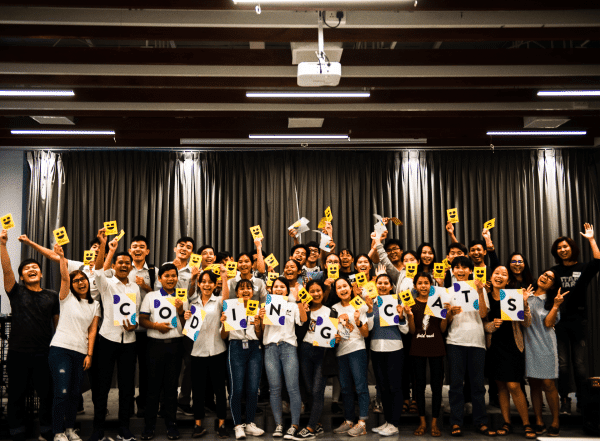 Coding Cats helped me build my confidence of presenting and delivering my project to my classmates without any fear. It also taught me how important coding is to my life.

Read more on our blog 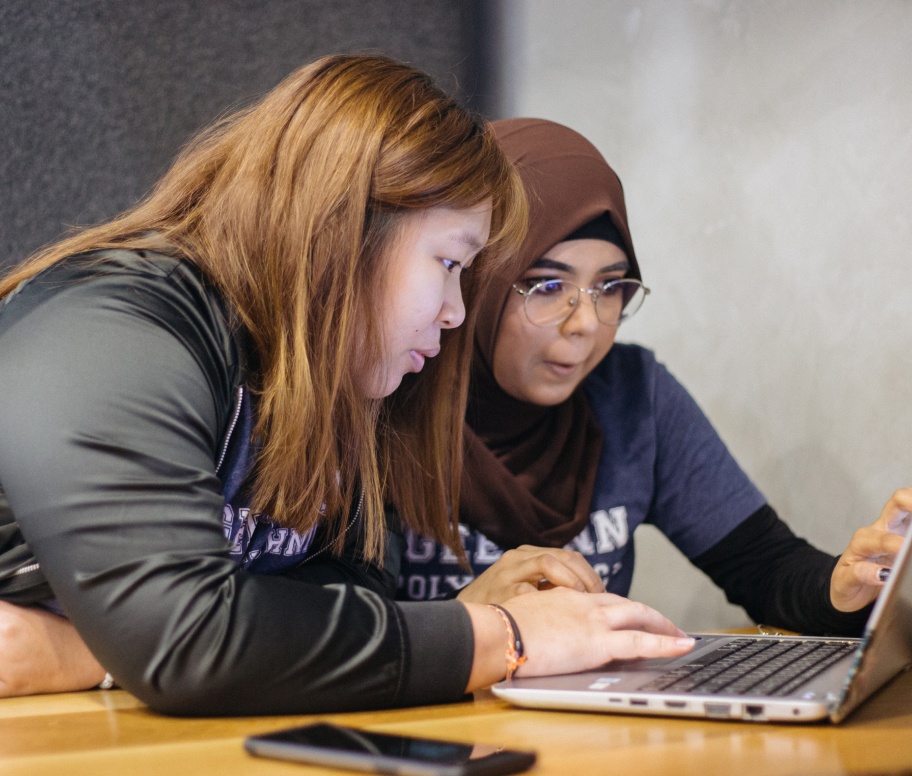 Carving out access to Artificial Intelligence (AI) and its applications for young women in Singapore regardless of computer science experience.

In partnership with non-profit 21C Girls and Ngee Ann Polytechnic, we piloted Project Empower, a 42-hour programme to introduce students to the basics of artificial intelligence.

The programme’s holistic approach combined self-directed, technical learning with conversations with entrepreneurs and discussions on ethics and governance, with the ultimate aim to arm Singaporean youth with the ability to creatively apply AI to any 21st century industry. 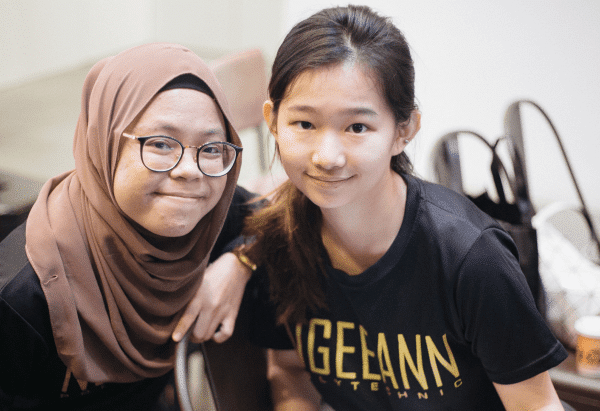 Empower taught me that, despite your background, you can still learn how to program. This was a really interesting experience and allowed me to fully understand my interest in programming, especially in the AI sector.

want to explore a career in AI or Data Science

am excited to learn more about AI or Data Science

intend to show their capstone projects to prospective employers

Charting the way forward with our strategic direction for 2021 and beyond. 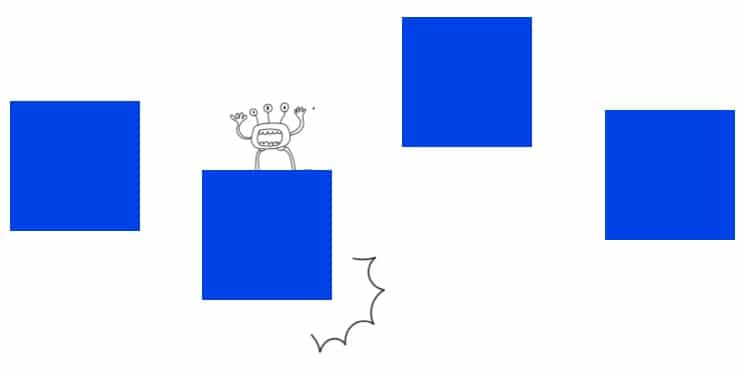 Next, we’re teaching kids about the tangible applications of code, starting with Code Meets World: Applied Coding for Big Ideas – a year-long programme where kids learn about real-world problems and grapple with data to explore, analyse and communicate the big questions and ideas shaping the world using code.

As we move into the next phase of the programme, we’re seeking sponsors and impact organisations to make this accessible to kids anywhere in the world who want to use tech to make a positive impact.

From Singapore to Cambodia, we’ve trained thousands of individuals to deliver our digital literacy curriculum that gets kids excited about tech.

Leveraging this experience and cross-cultural expertise, we’re working on scalable solutions to the global shortage of coding instructors to meet the needs of increasingly digital economies everywhere.

What might digital literacy education look like for kids in disaster or conflict zones lacking in infrastructure?

With hardware solutions and non-profit organisations on the ground, we’re researching and learning about the space for innovation in unplugged education.

Let's take on the digital divide.

We can’t reach every child by ourselves, but with your partnership, we can empower more kids with the ability to invent a brighter, more inclusive future with tech.

Here’s what we bring to the table.

Since 2012, we’ve designed over 300 hours of coding curricula for kids, and we’ve just gotten started. There’s so much for kids to learn and get curious about, and we love designing and collaborating on curricula that spark wonder and a-ha moments that enable kids to realise their potential.

We’ve trained thousands of individuals from all walks of life in our curricula and play-based pedagogy via remote and in-person programmes. We believe and have seen that anyone with a love for kids and curiosity about technology has the potential to kickstart a kid’s digital literacy journey.

Whether it’s finding the right course with appropriate learning outcomes for a group of disadvantaged children, ensuring that stakeholders’ objectives are met through a sponsored programme, or evaluating and iterating on a pilot – our team works hard and smart behind the scenes to make things happen.

Fund a tech-driven educational opportunity for children from disadvantaged backgrounds – find a match from our network of non-profit organisations, or go a step further and train your staff to deliver a workshop.

Leveraging our expertise and your domain knowledge, let’s work together to co-create a bespoke curriculum at the intersection of code and awesome.

Our Pay it Forward fund sponsors seats for graduates from Code in the Community to participate in holiday workshops and term-time classes for free. Not ready or able to sponsor a full camp seat? Donations are matched by Saturday Kids, and any amount contributes to crowdfunding the continued tech education of a child from a disadvantaged background.

With a love for kids and an interest in tech, you can play a part in bridging the digital literacy gap by volunteering with Code in the Community as an instructor.

It takes a village.

Get to know ours.

Who are the Saturday Kids?

Our diversity is one of our superpowers. Just as kids aren’t cut from a mould, we know that cookie cutter solutions just don’t cut it.

Get to know our team 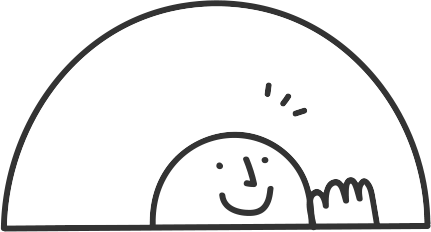 33% of us are working parents

Over 70% of us identify as female

Between us, our birthplaces span Singapore, Japan, Malaysia, Myanmar and the Philippines!

Our impact is fuelled by a community of kids and change-makers who point to the stars and provide rockets.
Here are just a few of them.
Hover or tap the photos to find out more!

We’ve been supported by a tribe of awesome corporates, organisations, and individuals.