#Community Friends of Saturday KidsPostcards from a Creative Coder

Gian Pablo (also known as GP) is a creative technologist based in San Francisco, and is (unofficially – till now) the Chief Tinkerer at Saturday Kids. Our team began collaborating with him earlier this year, and the popular Paint in 3D with Google Tilt Brush workshop is one of the early outcomes of our collaboration.

From an early age, he had wanted to be an inventor, and now spends a lot of his time (both at a professional and a personal level) on experimenting with technology. Currently based in San Francisco, GP is married to a Singaporean and has two kids, ages 5 and 7.

Our team caught up with GP in person when we visited San Francisco back in June this year. Over the course of a few days, we discussed the possibilities of our collaborations, exchanged ideas, got connected to a few local partners, and took time to get to know him and his work a little better.

“There’s a lot of interest in building bridges across the Pacific, with the kind of maker and innovation culture that’s flourishing here in the Bay Area, that we would like to bring back to Saturday Kids in Singapore.”

Nicole: Starting with the obvious, how did this cross-continent collaboration come about?

GP: I’ve known John for many years now and our conversations (both in-person and virtually) have always been wide ranging and interesting. John is passionate about breaking moulds and promoting creative and self-directed education, and I think he saw in me an example of that in the real world.

He’s always very interested in the projects i’m doing, and so he proposed a collaboration, without a lot of structure at first, but with the idea that we could somehow work together to make the Saturday Kids experience very real and grounded by giving examples of how self-directed learning and creative learning actually play out in the real world. That it isn’t just about the time that the kids spend in the classroom, but that there’s real-world applications in the things that they are learning and it can become a much bigger thing.

In addition, there’s also a lot of interest in building bridges across the Pacific, with the kind of maker and innovation culture that’s flourishing here in the Bay Area that we would like to bring back to Saturday Kids in Singapore.

With this collaboration, I hope to contribute towards curriculum/product design, sharing experiences, help evaluate projects and continue to build bridges towards potential partnerships.

Nicole: You went from being a management consultant to a creative technologist, what’s that journey like?

GP: I studied Business, and Computer Science back in school and had a mid-career change where I decided to learn more about technology and get a little more hands-on with making things. That led me to getting a masters degree in Interactive Telecommunications at NYU. It was from there that I got to work on a lot of exciting large-scale projects that leveraged technology to create memorable experiences in the real world.

Right now I work full-time as a creative technologist with my role bridging the creative and technology teams – making sure that our ideas are technically leading edge and creatively powerful. The kind of work I do now has a focus on interactive and immersive video, such as 360 degree videos, virtual reality, and interactive installations. On the side, I also do an enormous amount of 3D printing – I have several 3D printers of my own and I enjoy designing things for practical use and for entertainment. Of late, I’m also gaining more interest in robotics and starting to do a lot more experimentation on that front.

From a very early age, when people asked me what I want to be when I grow up, I said inventor. So to some extent, the whole management consulting was a detour, so now I’m back to where I want to be all along – tinkering, experimenting, playing with different things.

Nicole: So what were some of the more memorable projects you’ve worked on?

GP: A key highlight was the opportunity to work on the Bay Lights project which involved 26,000 programmable LEDs on the Bay Bridge. Working together with an artistic team to bring this artistic project (enabled by technology) to life for such a San Francisco landmark was super exciting.

I also had the opportunity to work on a series of projects with an artist called Lynn Hershman, who has been doing art informed by tech for the past 50 years. More recently I’ve been doing a lot of work using drones to capture 3D imagery of cities and places.

Nicole: At the ISTE conference we attended earlier in Chicago, we heard a lot about the inquiry-based learning approach. You mentioned that your two kids (5 & 7) attend a school here where the pedagogy is based on that. Can you tell us more?

GP: The school they attend here (in San Francisco) is called the New School, and like you said, the pedagogy revolves around Inquiry-Based Learning. The inquiry-based style of self-directed learning is one that’s attracting increasing interest in schools here in the U.S.

Charter schools (such as New School), are publicly funded with a high degree of independence, and you can see it as a vehicle for for trying new things in schools.

Inquiry is a key part of how the curriculum is organised. Each “inquiry arc’ lasts 6-8 weeks and consists of 3 phases: exploration, expression and exposition. Rather than dividing classwork into a series of formally divided subjects, they pick a topic of study that lets them all subjects together in a coherent way. For example, salt as a topic. What is salt chemically? How is it harvested through history? How has salt been used?  So instead of breaking it down by chemistry, history and so on, kids learn through topics of inquiry which helps them relate it better to the real-world.

“In the real world, a lot of the problems are never focused on a specific domain. A lot of the interesting problems worth solving will involve multiple things, not purely a math or history problem.”

Nicole:  How do you think the inquiry-based learning approach benefits kids and the way they learn?

GP: Well in the real world, a lot of the problems are never focused on a specific domain. A lot of the interesting problems worth solving will involve multiple things, not purely a math or history problem. So the overall skill of being able to look at a problem and then looking at the tools they have, is very important, rather than looking at it as a subject-problem.

The other key part is that generally they organise around team projects that students present to their peers and to the community, (the “exposition” phase). This helps them learn how to work together, how to share responsibility, accountability, and presentation skills – all valuable skills in the real world. It is great to see kids working on something, building it, presenting it, looking back and saying “I did it”.

“It is a not a bad thing to have something in your life that is disconnected from how you make a living. It is good to be able to unplug.”

Nicole: I personally believe in the importance of side projects outside of work. What are your thoughts on side-projects and making time for hobbies?

GP: All my hobbies actually ended up having professional relevance. I started flying drones as a hobby, then now it turned out to be an enormous part of a project I’m working on. 3D printing started as a hobby, and I ended up getting a job at Autodesk. Immersive video, something I started out experimenting, now is a part of my professional life. Right now I’m starting machine learning and robotics, all things that could eventually be useful.

It helps to stay in touch with other people who are doing similar things and to maintain diversity of information sources. Read widely, read differently. Be open to serendipity.

That said, it is a not a bad thing to have something in your life that is disconnected from how you make a living. It is good to be able to unplug.

Nicole: What do you have to share with fellow parents when it comes to kids and education?

GP: I guess a key thing to consider, is to what extent is education preparing children to execute someone else’s plan, vs to direct their own life. A great deal of what goes on with formal education, is teaching children to be perfect executors of someone else’s plans. However, It’s even more important to give kids a sense of how they can direct themselves, and to help them understand their own strengths and interests, in order to better navigate the world they’ll be growing up in.

Massive thanks to GP for hosting the Saturday Kids team in San Francisco. Read more about why we spent a couple of weeks in the US earlier this summer, what we learnt from Mitch Resnick and Andy Weir, as well as a quick look at a new computational medium called Dynamicland. 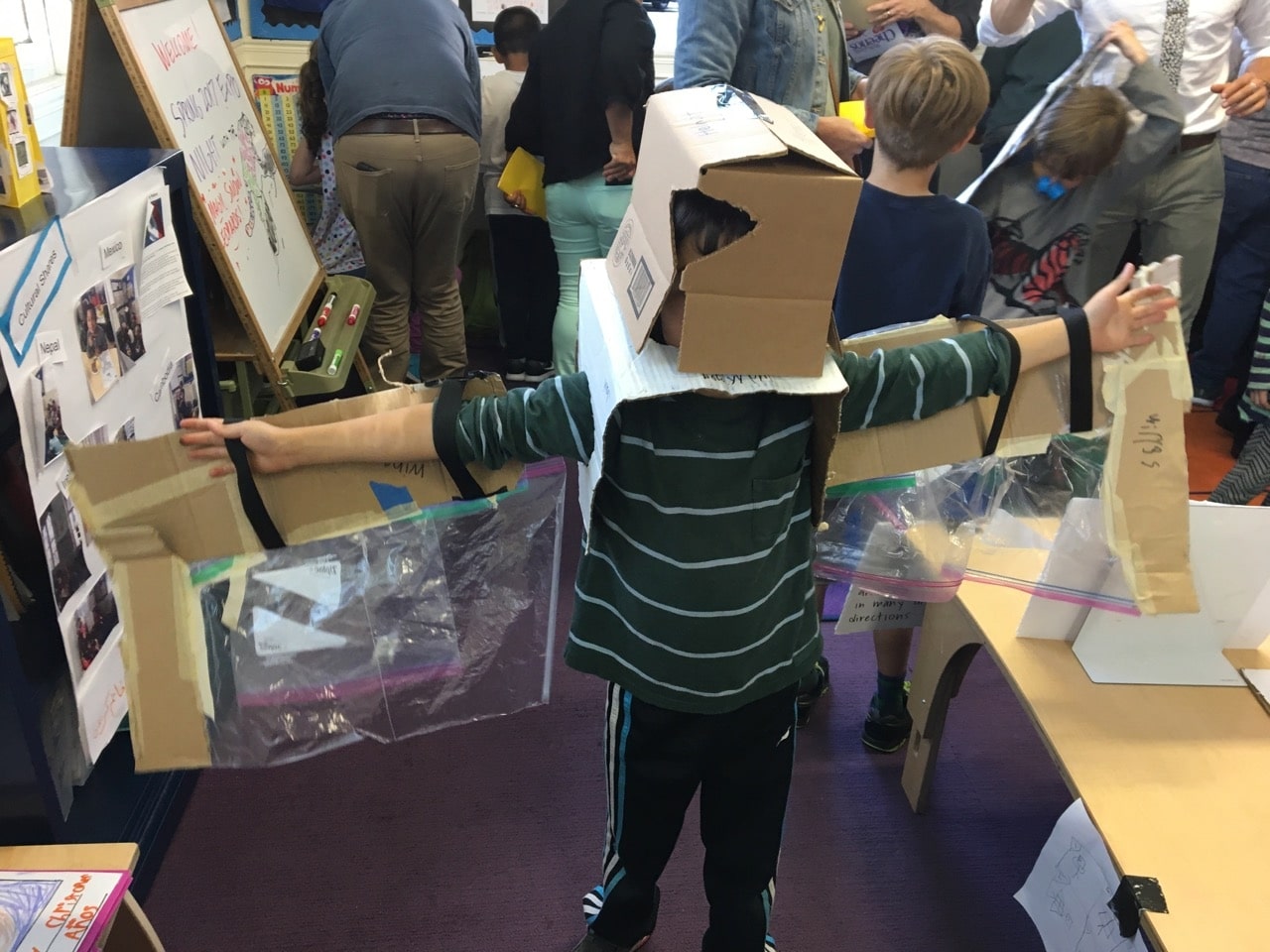 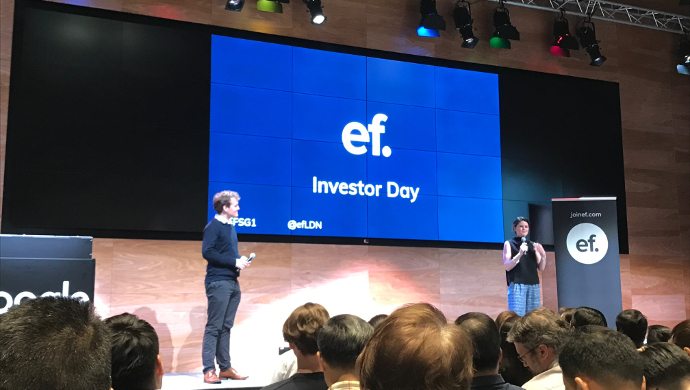 Digital Literacy for Kids Through The Lens of A Tech Investor