Real VS Rote Learning: Reshaping The Way Your Kids Learn 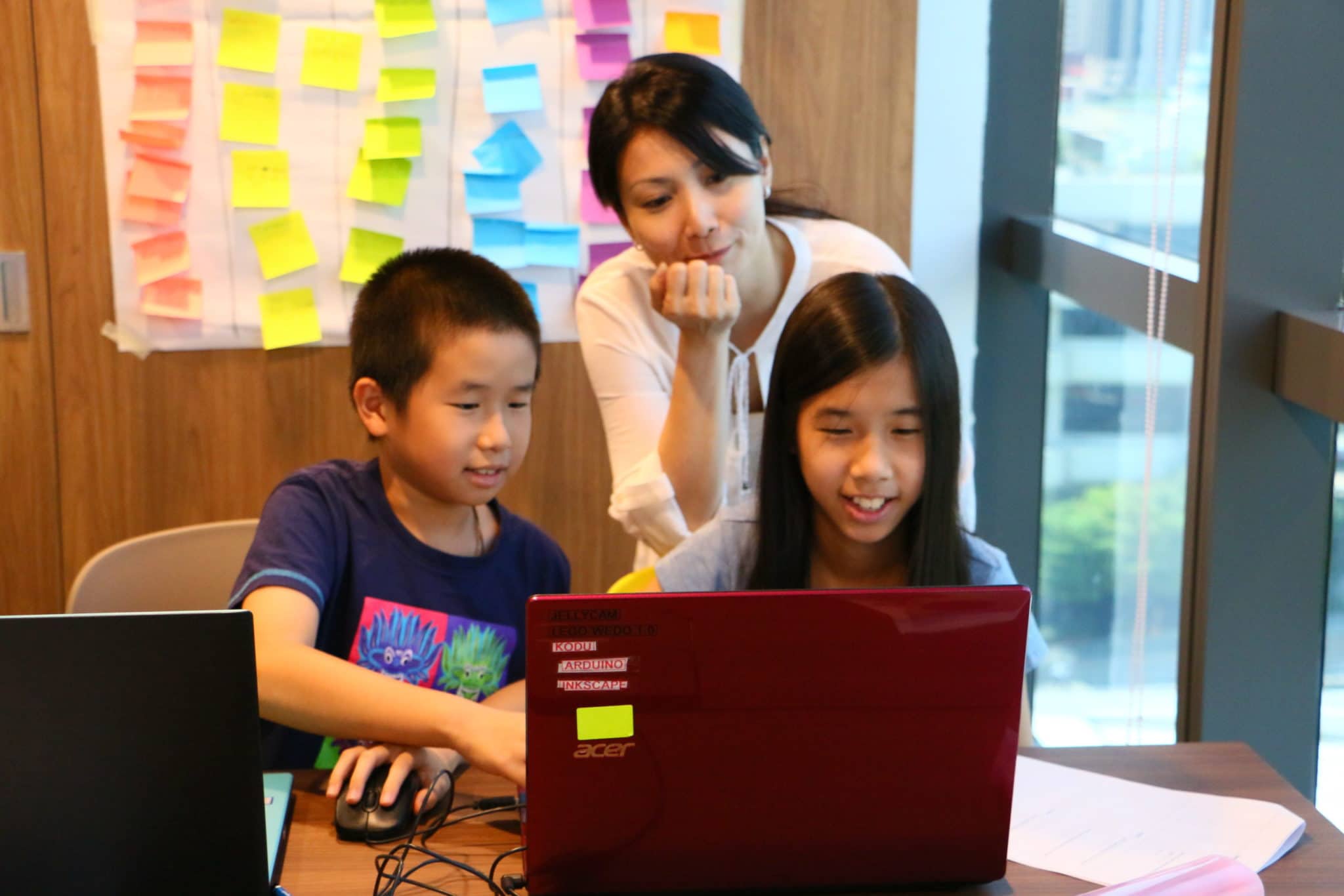 What does real learning mean ?

Why do parents send their kids to school? You’d think that it’s a silly question, but what is it we want kids to achieve from the hours they spend toiling away in school?

Ideally, the goal of education is to give kids a better understanding of the world around them. For instance, when kids learn about biology, they’re learning about the different systems that make their bodies tick. However, despite learning a tonne of things, the sad reality is that many kids come out of school feeling unequipped to deal with real life.

Take this math question that went completely viral for example.

The only thing that comes to mind is poor Albert and Bernard. All they wanted to know was when her birthday was. It’s questions like these that make kids dread learning in school because they don’t see the relevance of it to the real world.

Not even trying to throw shade at Math or say that it’s useless. Math’s awesome – we built the pyramids with it, use it in algorithms that make Virtual Reality possible, heck we even use it to predict hit songs that find the next Justin Bieber.

And also you can use Math to make a Pi pie, because why not?

The problem is that kids don’t see those kind of infinite and wonderful possibilities when they’re doing questions like this. We need to incorporate real world examples and expand their perception of subjects like Math beyond scenarios like how many notebooks and pens can John buy with $50. Seriously John, you don’t need that many pens or notebooks.

There’s a distinct difference between learning things for the sake of it and learning something because we genuinely want to find out more. Cultivating the latter boils down to the way kids learn – rote learning vs real learning.

This is what the Oxford Dictionary defines as rote learning.

More often than not, this is what kids are doing in school these days. Is this the way we want kids to learn? We certainly hope not.

On the flip side, real learning occurs when kids tap into their knowledge and apply them to more meaningful cognitive processes such as problem-solving as compared to mere memorising.

With that being said, here are 3 key differences between rote and real learning and how you can reshape the way your kids think and learn about the world around them.

One of the main differences between rote and real learning is the cognitive processes that result from them. Can you figure out what cognitive process is triggered by rote learning? Drumroll please! The answer is – wait for it – the ability to remember and that’s about it. Although memorising for the sake of retaining knowledge may form the foundation of learning something new, it isolates the context away from new knowledge and makes learning meaningless.

On the other hand, real learning unleashes up to 5 cognitive processes where kids understand, apply, analyze, evaluate, and create according to Bloom’s Taxonomy. This combination of cognitive processes then marinate to form the most wonderful part of learning: problem-solving.

So although rote learning may test our ability to retain knowledge, real learning challenges the ways we use it.

When it comes to memorising, we’ve probably all been here. We try our best to mastermind our own acronyms and create stories based on them but before we know it, we’re left with a random bunch of letters that make absolutely no sense.

For the sake of tests and exams, kids memorise the crap out of random facts as if their lives depended on how well they remember the precise definition of cellular respiration. But it won’t take long before what they spent so long drilling into their minds gets tossed away into forgotten archives.

What makes learning engaging to kids is the level of relatability to the topic because it gives the content meaning, making what they’ve learnt actually stick. There’s almost a natural emotional commitment to integrate new and existing knowledge and it’s this very process of combining new knowledge with past experiences that sparks interest, challenges ideas and creates questions.

3) Impact on creativity and curiosity

Best known for his Ted talks on Education, Ken Robinson perfectly puts, “if you’re not prepared to be wrong, you’ll never come up with anything original”.

One of the most awesome traits that most kids have is that they’re adorably (sometimes even brutally) honest. They speak their minds and they’re not afraid to be wrong, until someone tells them otherwise.

When schools place a heavy emphasis on academics which values repetition at the expense of comprehension, it creates a system where kids are rewarded for answering questions with just one right answer, ultimately killing creativity.

You’d think that being creative would involve attempting to be as abstract as Picasso, but it’s actually pretty darn simple. Just like how there are 43 quintillion ways to solve a Rubik’s Cube, being creative is simply finding more than 1 way to solve a problem.

Learning how to preserve that childlike creativity is the key to being resourceful, imaginative and eager to learn. It’s the only way kids’ll come up with ideas that’ll eventually revolutionise the world and that’s something no answer key will be able to provide.

At the end of the day, learning is so much more than the transfer of information from book to brain. It’s about the endless possibilities that stem from knowledge that’ll keep kids constantly curious to learn more.

A world where kids aren’t learning to think is just a world that’s no good. Let’s get kids learning how to learn shall we?