I love skiing. It’s a sport I picked up only 5 years ago but I’ve been hooked since. Learning skiing for the first time at age 30 is not easy. There were three of us complete beginners during that first ski trip. I’m the only one still skiing today. The other two gave up a long time ago.

So, I decided it’s probably a good idea for my kids to learn skiing from an early age. I spent the last 7 days in Niseko with the wife and the two older kids. Camper turned six in January and this is his third ski trip. He started when he was four. Summer is four and a half and skied for the first time this week. Both of them were taught by professional ski instructors from GoSnow, the largest ski school in Japan.

Here are a couple of observations.

Kids have no fear. Summer was seeing snow for the first time, and here we are asking her to put on a pair of oddly shaped objects and get down the mountain. She didn’t even flinch. Camper was the same when he had his first ski lesson. I certainly don’t have kids who are prodigious skiers. There were many other kids in Camper’s and Summer’s ski class who were confidently skiing down green slopes by the third or fourth day.

Adults, in contrast, take longer to learn and are generally much more tentative and fearful when they ski down the slopes for the first time. Not too different from coding. Put a kid in front of a computer, show her how code blocks work and what she can make with those code blocks, and she will be exploring on her own within minutes. Ask an adult to learn coding and she will give any number of reasons why it’s not for her, chief among which is the fear of learning something new, especially something as ‘technical’ as coding.

Sounds obvious, but ask any child who goes for hour after hour of tuition and she will tell you school’s a chore, exams are a pain, and academic subjects are boring. Can we blame them? At GoSnow, there’s a different theme everyday of the week (Crazy Hat Wednesday, Race Day Friday) and kids are grouped by ninja colours (Yellow Ninja for beginners all the way through to Black Ninja for more advanced kids).

I can’t emphasise enough the importance of fun. Learning how to ski is tiring, even for kids. They spend six to seven hours a day constantly falling over and picking themselves up in sub-zero conditions. At the end of each day Camper and Summer are exhausted, and they struggle to wake up in the morning.

But when we threaten to go skiing without them, they will jump out of bed, put on their ski gear, and get going. They look forward to ski class every morning because it’s fun! Perhaps it’s a little unfair to put math and skiing on the same fun scale, but the point is that learning can be a lot of fun.

Mainstream education, with its endless stream of tests and exams, takes the joy out of learning.

Kids learn skiing by getting on the snow, pointing their skis down the hill, and making pizza turns and stops. Inevitably they fall, pick themselves up, and give it another go. They don’t learn skiing by sitting in front of a whiteboard listening to the instructor talk about skiing.

In the context of academic subjects like math and science, kids can internalise knowledge way better if they are able to apply what they learn.

A great example is MIT professor Walter Lewin’s video of using himself as a guinea pig to demonstrate to students how the law of physics apply in real life. Similarly, kids don’t learn digital literacy or programming by memorising the theories of computer science. They learn digital literacy by making stuff, whether it’s a micro:bit stop watch timer, or a simple maze game, or a littleBits light up magic wand.

So whatever it is we want our kids to learn, it’s probably a good idea to start them young. Injecting fun and making kids active participants in the learning process will go a long way in keeping kids engaged and excited.

Camper staring down the slope before conquering it

Saturday Kids in Cambodia: Coding Cats and the need to keep kids curious 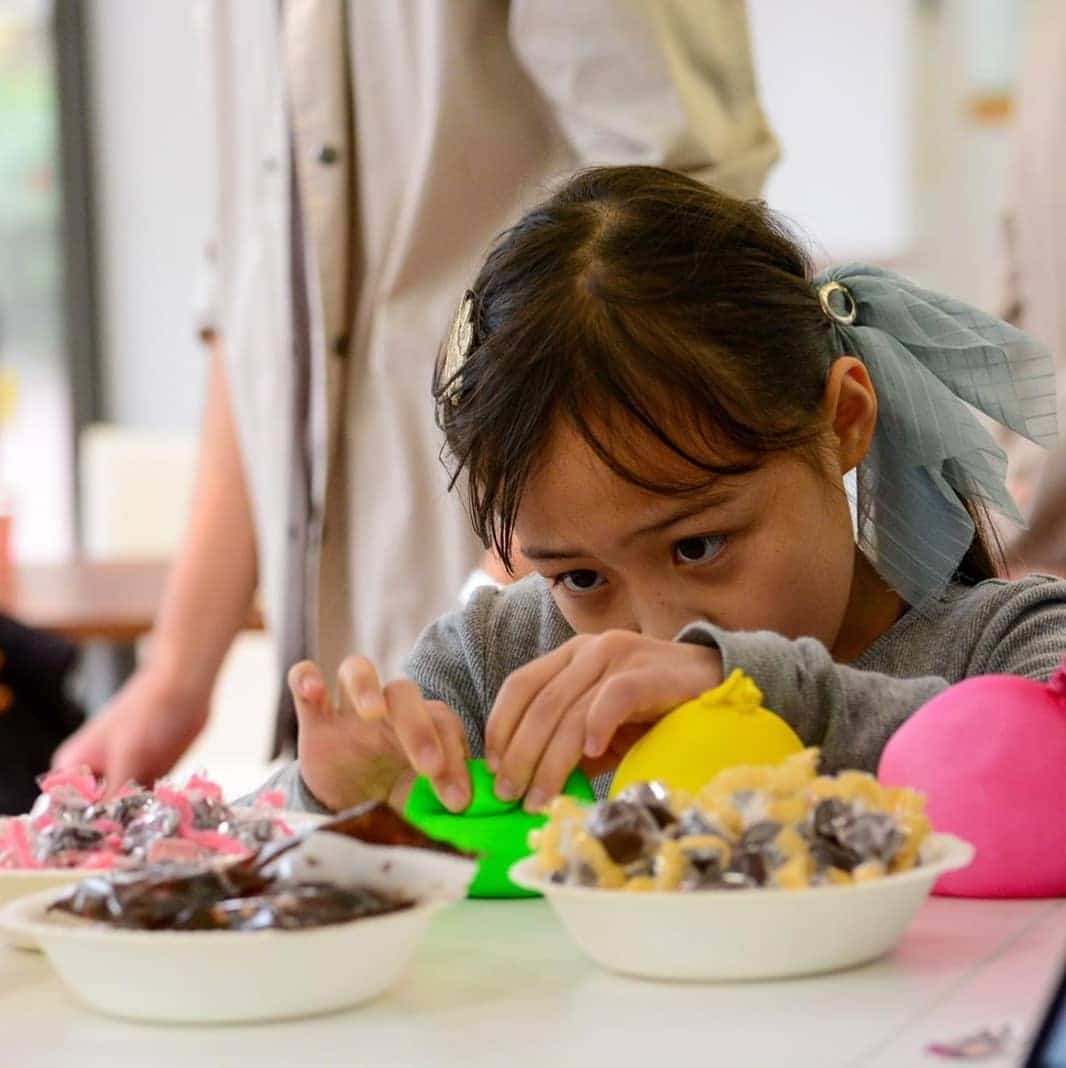 On Gratitude and Giving Back – Reflections on 2019 from John

Friends of Saturday Kids: Kani Munidasa of Code Chrysalis – “Software is the Future”