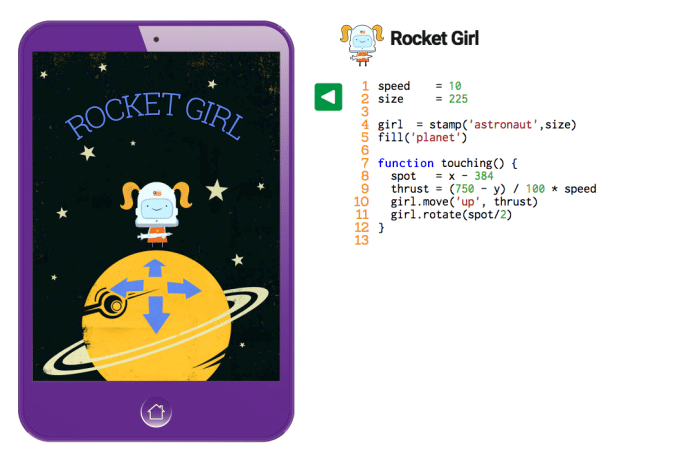 Two weeks ago at the free coding camp Saturday Kids runs every quarter with Google and 21C Girls, we experimented with teaching kids Javascript using Bitsbox. Bitsbox is a sandbox programming environment created by a couple of ex-Googlers to teach kids Javascript. Many children learn programming using a drag-and-drop interface like Scratch or Blockly because it’s much easier learning the logic of how to write programs without having to worry about the syntax of text-based programming languages. Bitsbox attempts to solve the syntax problem by providing a short and sweet library of Javascript-based programming commands, all designed to be easy to type, easy to learn, and flexible.

Get to know the new big kids on the block: Meet the new heads at Saturday Kids!