Fieldnotes from a First-Time Father 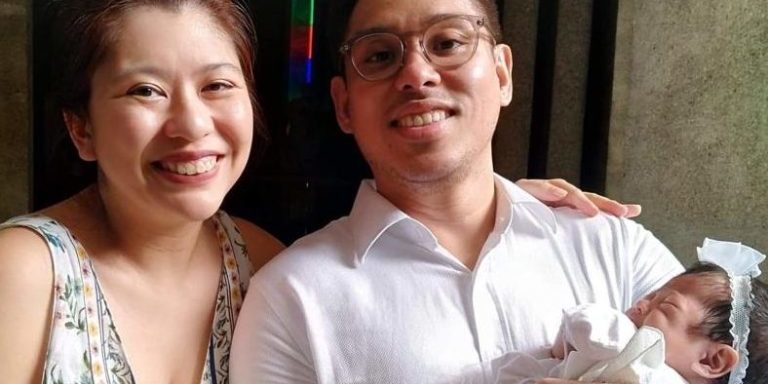 Last December we welcomed a new father (and baby!) into our fold when José, our customer experience rockstar, had his first child, and raced against the clock to travel home to be present for her birth. About to celebrate his first Father’s Day as a parent, he reflects on what he’s learned, and how life has changed in the last 6 months.

My daughter Charlie was born three weeks early in the Philippines. My wife, Marrah, had gone home to Manila to prepare for the delivery, and I was supposed to join her a month later when our baby was due to be born.

I thought I had it all planned out: my work handover was scheduled and my flights were booked for late December.

Then I got a text from Marrah three weeks ahead of schedule: the doctors said her cervix was dilating and she was right about to give birth. You gotta book your tickets, she said.

When I got that message, I was at work in Singapore. I scrambled to pack my bags, book the next flight out, and hastily put together a handover for my team at Saturday Kids.

It was one of the most stressful moments of my life when I stepped on the plane and turned my phone off – I didn’t know if I would miss my daughter’s birth entirely. But thankfully, despite the flight and crazy long lines at the airport in Manila, Charlie waited for me.

All the books in the world can’t prepare you for the kind of responsibility and change that comes with becoming a parent. As soon as you see your child, there’s a switch that flips, and you realise that life’s not about you any more. It’s about that small human being.

When you’re young, you think that your parents know what they’re doing. But it turns out they were just figuring out as they go.

When she was first, I would go and check on her every time she made a little sound. And if she didn’t make any noise, I would go to check if she was still breathing.

It’s tiring and rewarding at the same time – our time isn’t our own any more, and for now, our lives revolve around her. We accept that there are just some things we’re unable to do now.

But there’s so much to be thankful for.

For a start, we’re fortunate to be able to engage a helper who’s great with her, because sometimes we just need some time away.

And I’m thankful that we get to spend a lot of time at home to witness her growth and developmental milestones.

Not all parents get to be with their kids as they grow – there are so many parents who make great sacrifices to provide materially for their kids.

In the Philippines where I’m from, around 10% of the population works abroad for better employment opportunities. In the process, most of them are separated from their own families for years – missing birthdays, weddings, and what a lot of us take for granted – the privilege of journeying with their families through the everyday.


My parents made sacrifices too – my dad tells me of one night when he came home late to find his 4 kids in bed, already asleep. In that moment, he told himself that his kids were relying on him and that he couldn’t let us down. He couldn’t afford to fail.

For my wife and I, we’re so blessed that Charlie’s here with us, and that we could bring her to Singapore. There are others who can’t secure the permissions for their kids be where they are. We’re very lucky we can be together as a family.

Charlie’s only 6 months old now but I already see that she’s growing up very fast. Already I’m realising that if you miss the moment, there’s no rewind button.

Sometimes Marrah and I feel guilty if we’re working too hard and don’t have the time to play with Charlie. But I often tell her – and myself – that Charlie has no concept of good or bad parents at this age. She’s not judging us by an external yardstick. As far as she’s concerned, we’re her parents, and we’re trying your best, so we’re always good.

Having Charlie in our lives has changed us for the better.

As a father, I now watch what I say and do. Sometimes she’ll watch me work out, and when she does, I just can’t bring myself to quit because I don’t want to be a bad example. I know that soon enough she’ll pick up our habits and mannerisms, and we want her to be a good person.

Previously my teammate Nicole said of motherhood that she didn’t know she had the capacity to love so much. That resonates so much now, and I’m discovering my capacity for a selfless kind of love.

It’s like what Joe Rogan talks about in his story about the banana test – where there’s one fresh and one over-ripe banana between you and someone you love. Both Marrah and Charlie like bananas, and I love both Marrah and Charlie. Between Marrah and I, I’ll eat the fresh banana. But if it’s between Charlie and me, I’ll have the brown one, no question.

Saturday Kids conversations: Placing kids at the center of education in a VUCA world