Eat your own dog food: Starting out with Scratch 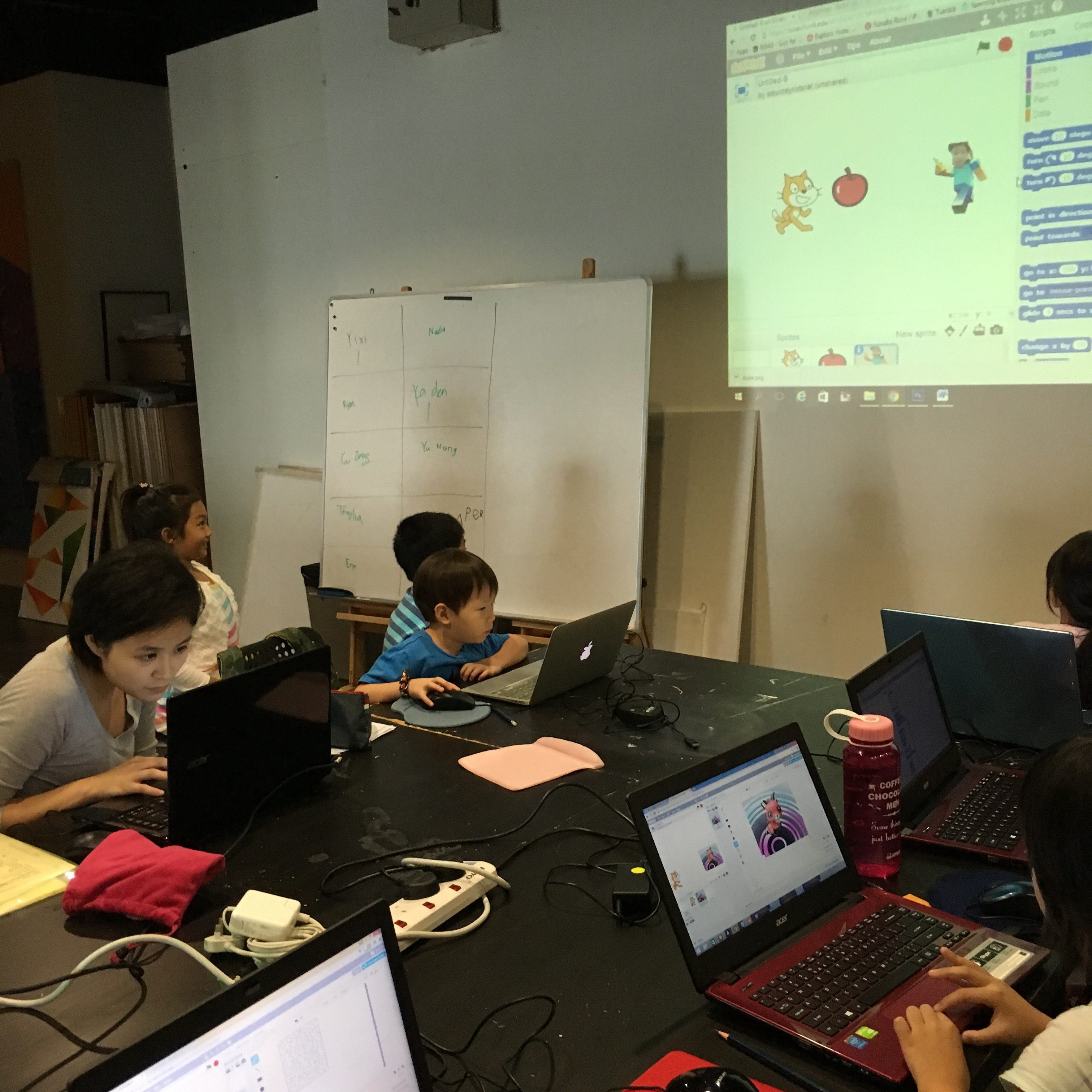 Eating your own dog food is the quaint name folks in the computer industry give to the process of actually using your own product. I started Saturday Kids in 2012 largely because I was looking for places I could send my then one year old for coding classes when he’s a bit older and there weren’t any coding schools for kids back then. Without Camper, Saturday Kids probably wouldn’t exist today. So when Camper turned 5 earlier this year, I thought I should send him to a Saturday Kids class and see how he takes to it. I was reasonably confident he would show interest in coding because he had been playing Lightbot Jr on my phone and had cleared most of the stages. What I wasn’t so confident of is whether he’ll be able to follow because Scratch is designed for kids 7 and up. 5 is pushing it a bit, but you don’t know until you try.

Going from a coding puzzle app like Lightbot Jr to a visual programming language like Scratch is a major step up for a five year old for a couple of reasons. Firstly, Lightbot Jr and other similar apps are entirely visual. Basic commands like move, hop, light and turn are represented by symbols which kids can drag and drop. Scratch has a drag and drop interface as well, but the command blocks are spelt out, which means kids need to be able to read in order to figure out which command blocks to use.

Coding With Scratch For The First Time

At 5, Camper’s reading ability is still rather limited, so he struggled with Scratch because he couldn’t tell the move block from the turn block. He knew what he wanted the sprite to do (in Scratch the characters that the kids are meant to command are called sprites), but without being able to read he didn’t know which command blocks to use.

Another challenge is that a five year old’s psychomotor skills are not fully developed, which makes it difficult for him to use a trackpad on a laptop. Having a mouse handy makes things slightly easier, but regular mice are too big for a five year old’s teeny hands so you’ll need smaller ones designed for kids. Even then, using the index finger to control the left and right click takes practice and getting used to, and it’s definitely not as intuitive for a child as dragging and dropping objects on a mobile phone screen.

Despite these challenges, Camper was able to create a couple of simple animations with some help from me sitting next to him. He was very excited about creating his own Thomas animation because Thomas is his favourite cartoon, so that really spurred him on. Most parents already know this, but it’s worth mentioning that letting a child create something based on his favourite book/cartoon/movie is a simple way to keep him excited and engaged. At the end of the nine hour workshop spread over three days, Camper was able to make a simple maze game (with a little help from Daddy), but what really thrilled me was when he asked if he could come back for another Scratch course. That’s a win. 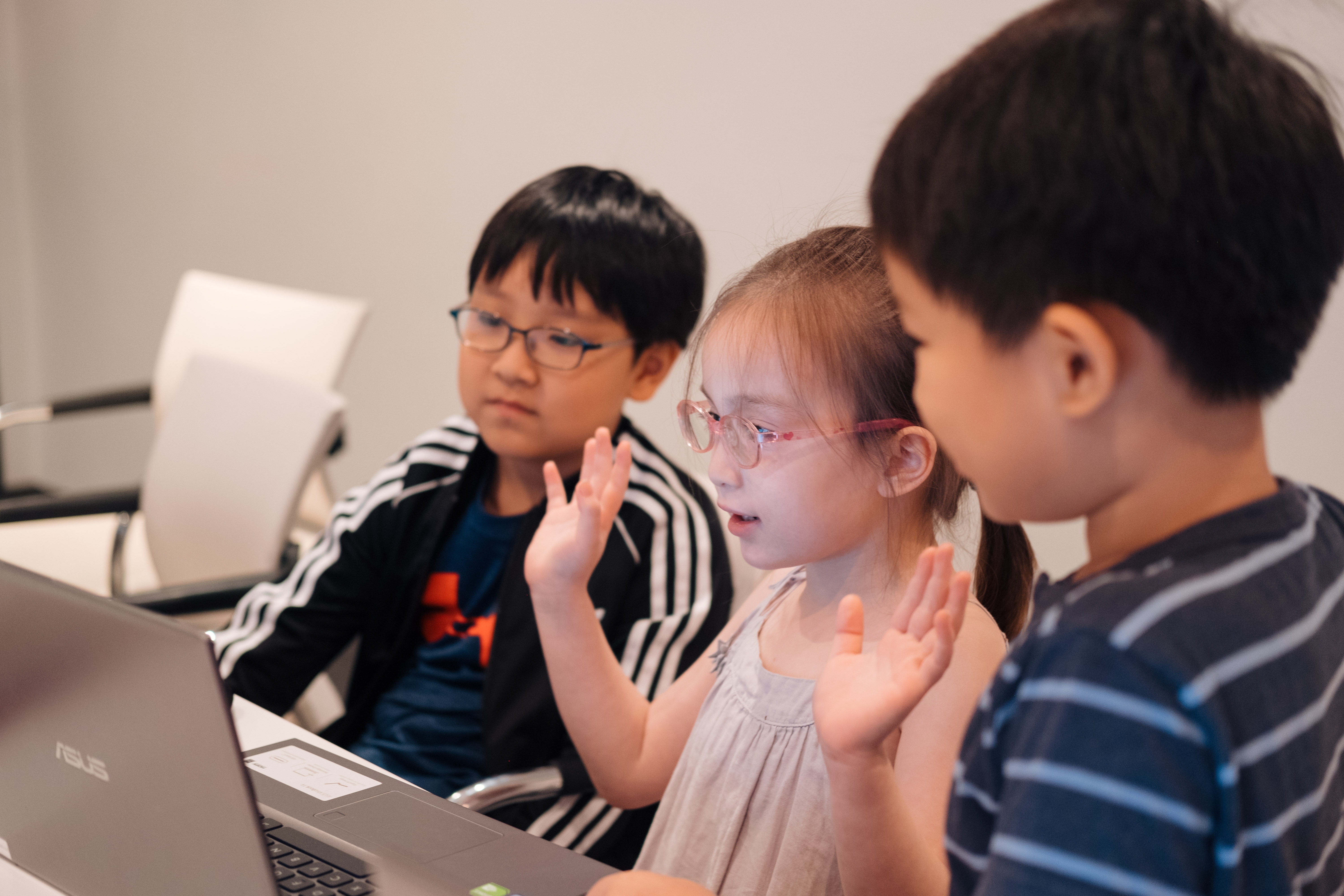 Why We Decided to Homeschool Our Kid: A Parent’s Perspective 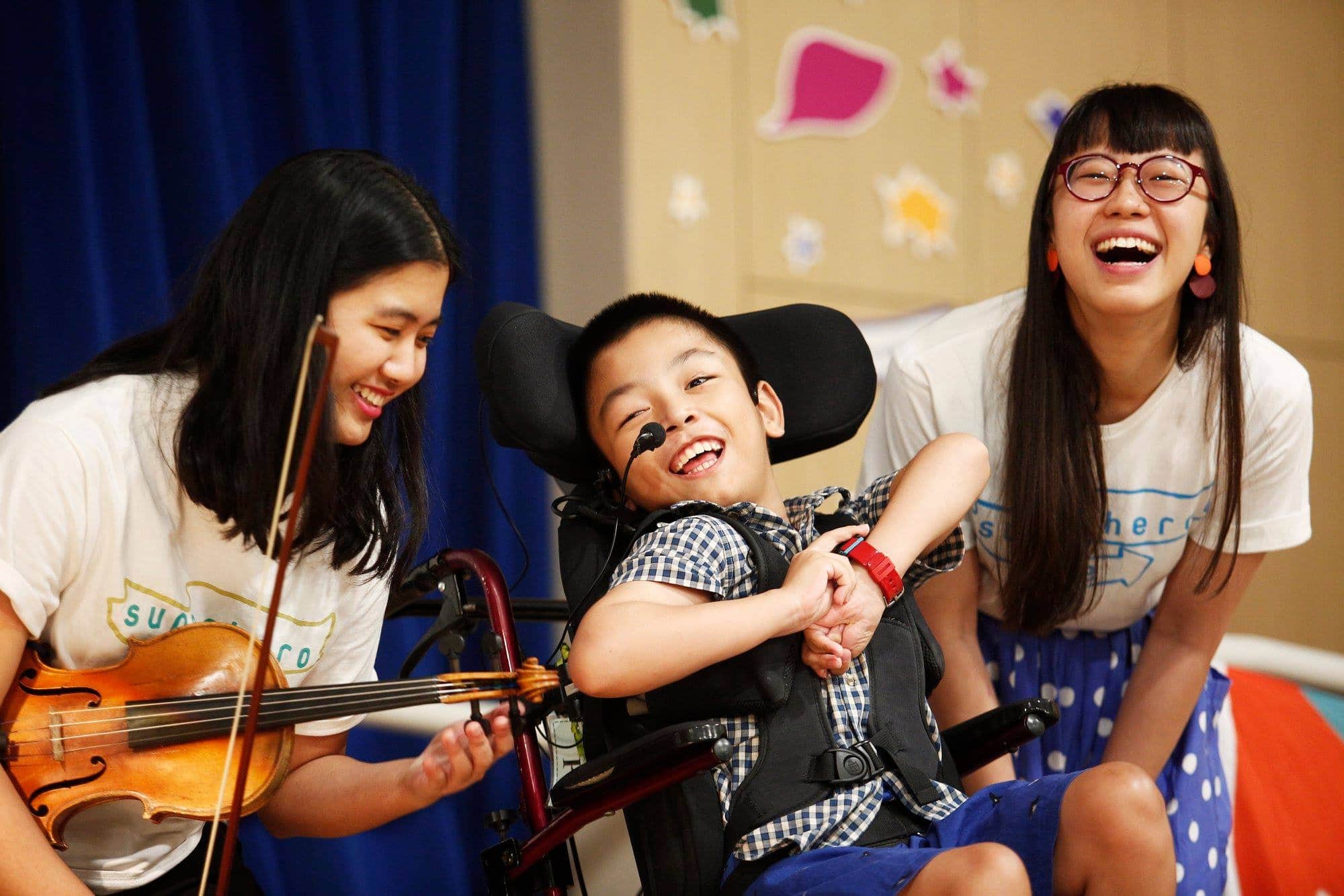 How Art & Tech can Create an Inclusive Society: A perspective from big kid, Fong Yee