Coding vs. Programming vs. Computational Thinking – What’s The Difference? 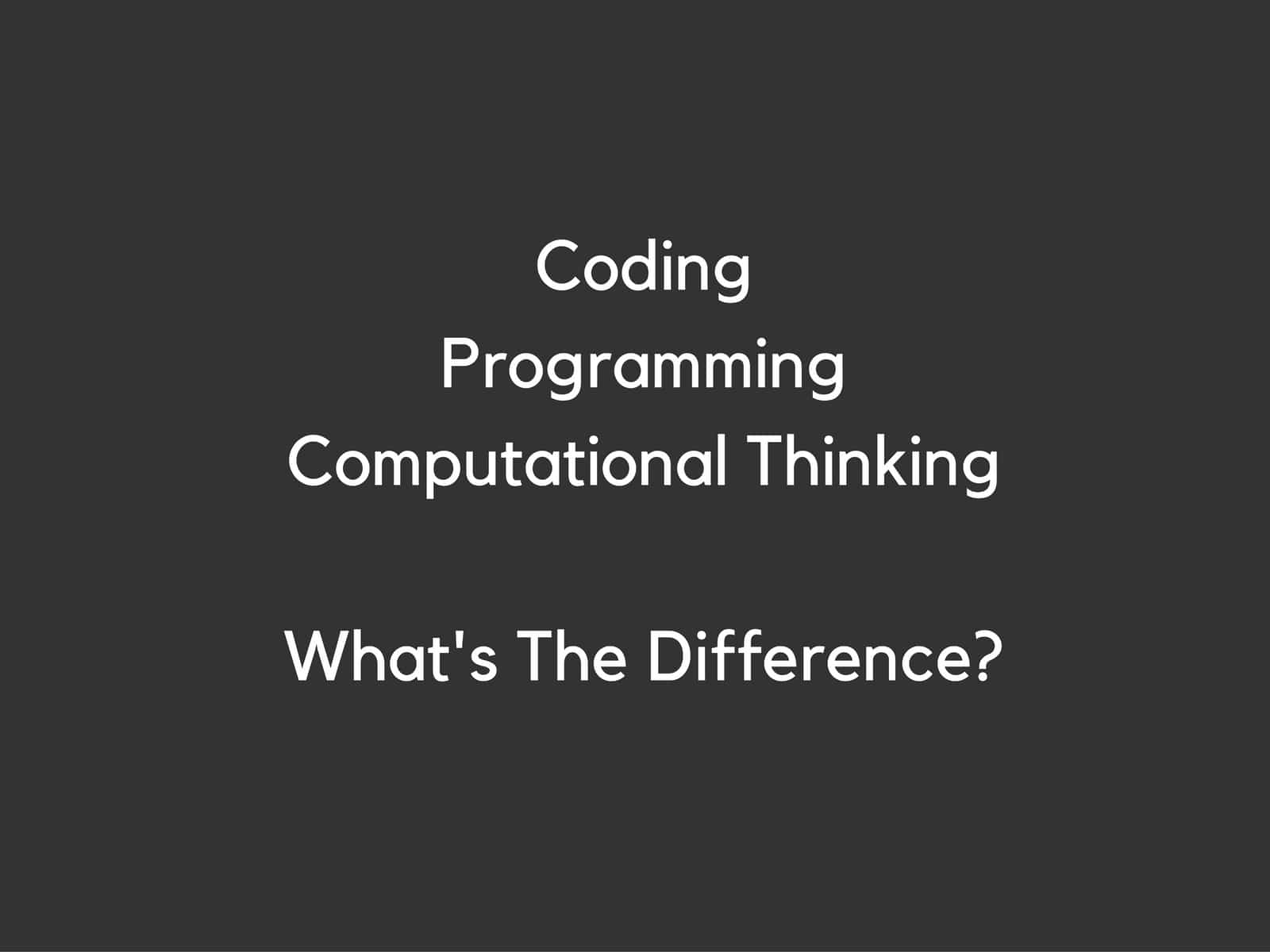 The terms ‘coding’ and ‘programming’ are often used interchangeably, and some parents may wonder if there are any differences between the two.

Before I answer that question, I would like to throw ‘computational thinking’ into the fray and spend the rest of this blog post dissecting these three terms so parents get a better understanding of what each one means.

This is one of those questions that splits opinions. There’s a camp out there which advocates that coding is low level work – basically translating logic into code (another word for programming language) so that your application can run. Programming is higher order work – designing logic to solve problems. This camp can basically be summed up in four words – ‘Coders cheap. Programmers expensive.’

The other camp, unsurprisingly, argues there is no difference between coding and programming. Engineers, coders, programmers, hackers, developers (devs) are all pretty much the same thing. It’s just branding.

I personally don’t see much difference between coding and programming and tend to use the two words interchangeably. If you’re really interested, there is an ongoing debate on Quora about coding versus programming. What I am more interested in as a STEM educator is computational thinking.

According to Carnegie Mellon Centre for Computational Thinking, “computational thinking is a way of solving problems, designing systems, and understanding human behaviour that draws on concepts fundamental to computer science.”

Jeanette M. Wing wrote a seminal piece on computational thinking in 2006 and prefaced the essay with this line: “It (computational thinking) represents a universally applicable attitude and skill set everyone, not just computer scientists, would be eager to learn and use.”

The rest of this blog post is strongly influenced by Wing’s piece in 2006 and lifts quotes from the article, the most important of which is the following line.

In Saturday Kids classes, we ask students to break a problem down into smaller problems (e.g to build an animation in Scratch, start with one sprite, make the sprite do something, move on to the next sprite when you’re happy with the first one). The ScratchEd team calls this ‘experimenting and iterating.’

Whatever you want to call it, this much is clear: Computational thinking is not about writing code machines can understand. It is about solving problems efficiently. Wing listed down a number of characteristics of computational thinking. I leave you with the most important. “Fundamental, not rote skill. A fundamental skill is something every human being must know to function in modern society.”

Robot Petting Zoo | Build Something Fun With Art And Tech

Projects, Passion, Play and Peers: Put the Fun Back into Learning