#Community Postcards from a Creative Coder 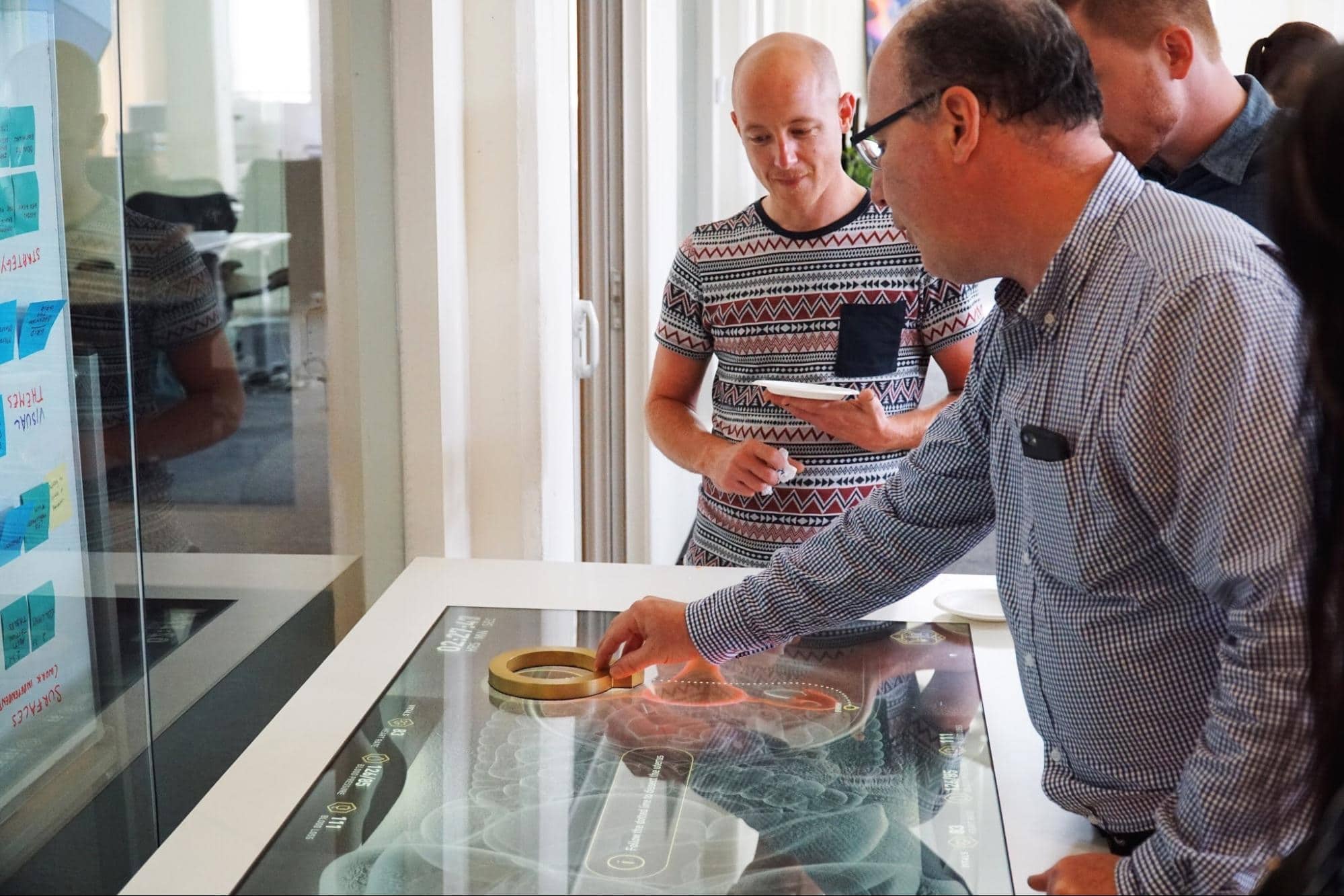 My role at work is listed as “creative technologist” – what does that mean, and what is a typical day at work for me?

A creative technologist is a pretty new position that has emerged in the tech and creative field in recent years. It is an attempt to label a kind of general problem solver, someone who can design, program and build projects with a strong human experience component.

A creative technologist often acts as a bridge between a creative team and software development, helping communicate design intent from creative to dev, and making all teams aware of new possibilities.

For what a sense of what creative technologists could work on, these are a handful of my recent projects: 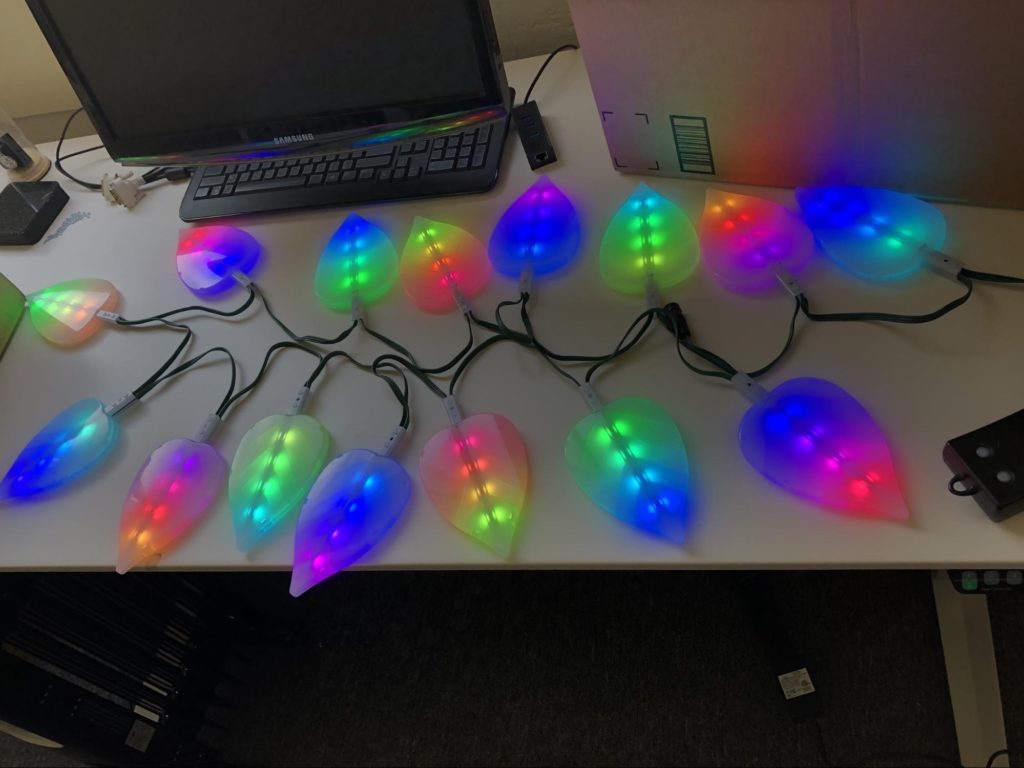 LED leaves made by GP and his team…

How did I get here?

I went to the Interactive Telecommunications Program (ITP) at New York University, a programme at the leading edge of creativity and innovation throughout. The program describes itself this way:

We don’t focus on just teaching technical skills — there are other programs for that. Instead, we focus on critical thinking, creative exploration, and the ability to learn how to learn. We embrace failure — as long as you learn from it. ITP is sometimes described as an art school for engineers and at the same time an engineering school for artists. Perhaps the best way to describe us is as a Center for the Recently Possible.

After ITP, I developed exhibits at the Exploratorium, a science museum in San Francisco that’s famous for pioneering an interactive, hands-on, style of learning. It is also distinctive for developing its own exhibits in-house, and its very active workshop is very visibly located right in the middle of the museum.

One of the things that is less visible about the Exploratorium is its very capable Visitor Research program, which is constantly assessing the impact and effectiveness of the many, many interactive exhibits. Over time, the Exploratorium has developed deep knowledge of how engage, entertain and educate visitors. This is one of the most important things I learned at my tenure there!

In addition to universities and museums, you can increasingly find creative technologists in large and small companies, usually attached to innovation and future marketing teams.

Unlike some other jobs, being a creative technologist requires awareness and experience across multiple areas. Here are some of them:

The truth is that there is no such thing as a typical day in creative technology – challenges and tasks often differ from week to week. So instead, here is a composite of the kinds of things my work might entail in the process of creating a project involving 15 different interactive installations, tied together with the use of a smart bracelet that guests could use to navigate them.

If this sounds interesting, here are some important things to keep in mind.

This is part of a series Postcards from a Creative Coder – Dispatches from Silicon Valley; read more from GP, or check out our creative coding courses for curious kids.

5 fun-filled ways for kids to play this March holiday 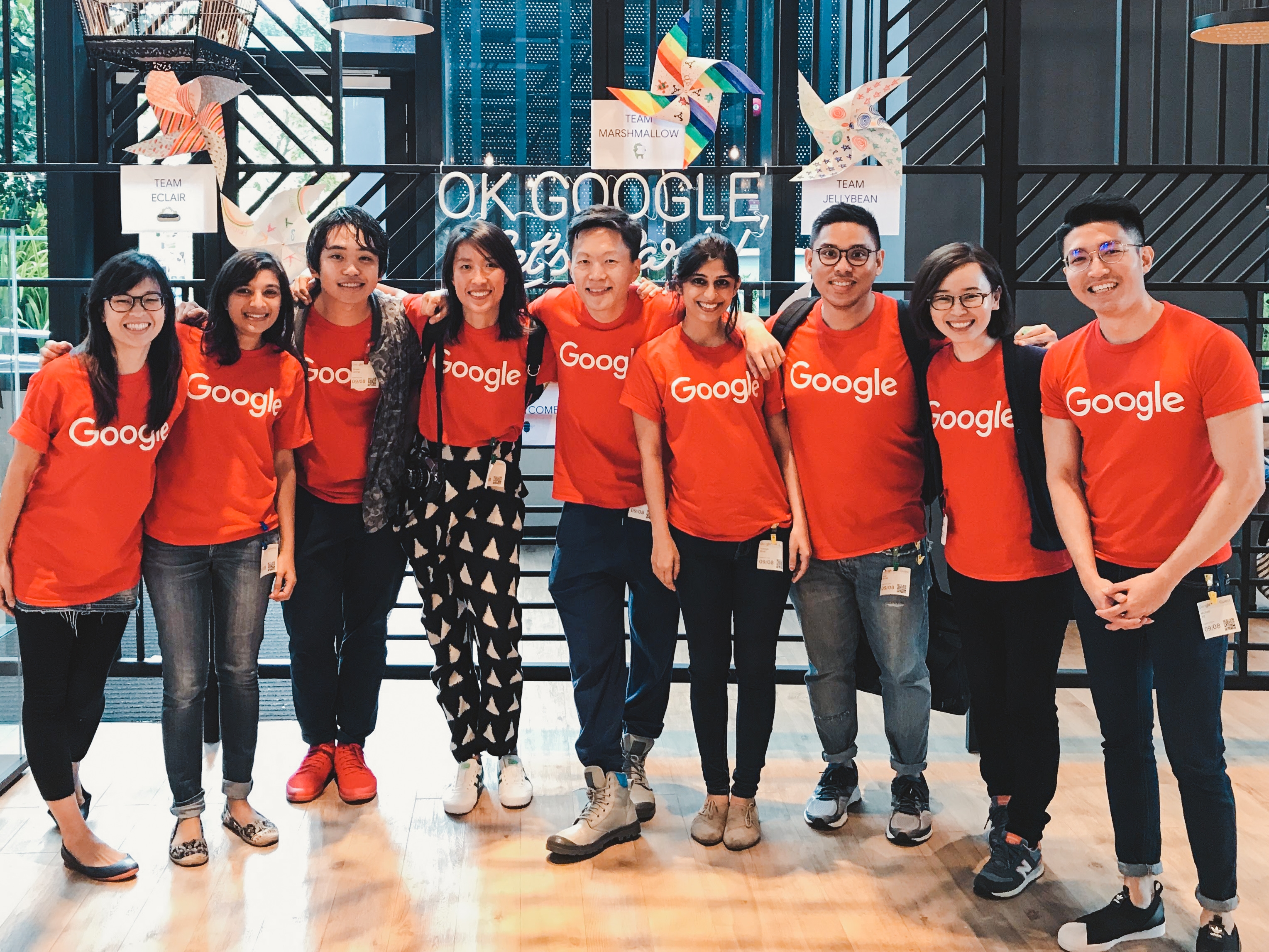 Meet Shreya & Michael, the social impact squad behind Code in the Community